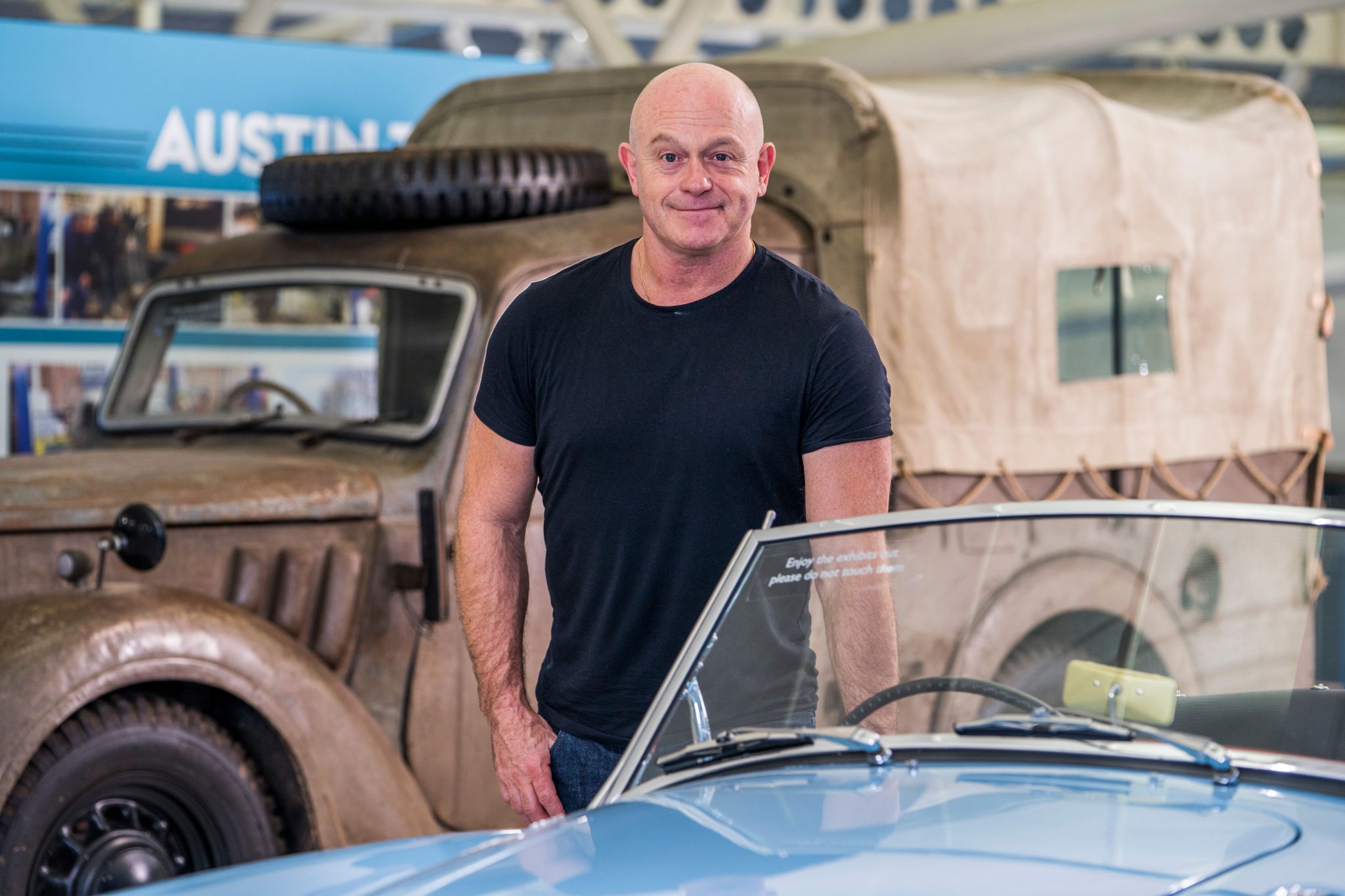 FOLLOWED WITH A SEVENTH SEASON OF “CAR S.O.S” WITH 10 ALL-NEW EPISODES OF THE UK’S BEST-LOVED CAR RESTORATION SHOW

National Geographic’s top-rated car restoration series with a heart, Car S.O.Sreturns this Valentine’s Day with a televisual love letter to one of the country’s most cherished cars, the Land Rover. Tune in to National Geographic on 14th February at 8pm to catch the first of two brilliant, fast-paced and funny new special shows featuring a live studio audience and celebrity guests in Car S.O.S Special: 7 Day Challenge. Then catch the second instalment of the adrenaline fuelled spin-off show on 21st February at 8pm ahead of a brand-new 10-part series of Car S.O.S commencing 28th February at 8pm.

Ross Kemp says: “I’m really excited to be on Car S.O.S Special: 7 Day Challenge. It’s a people show, and I like people. It’s not just about driving a flash car and having an opinion about it. Most people don’t have the opportunity to ‎drive the flash cars you see on some car shows, but Car S.O.S is about the cars real people drive.

“I also really like the fact that it’s about helping people. It’s doing some good. In this episode, Brian has had cancer. Tim and Fuzz are restoring his beloved Land Rover, and now Brian knows his children and grandchildren will inherit it. That’s a wonderful thing,” Ross concludes.

In true Car S.O.S fashion, Tim and Fuzz have stolen an iconic classic car from a deserving owner and this time it’s a 1959 Series 2 Land Rover that is nothing short of a rusting wreck. With a heck of a lot of work to restore the iconic 4×4 back to its former glory and just one week to do it in, will Tim and Fuzz be able to pull off one of TV’s most daring car restorations?

Ahead of this epic challenge, Tim Shaw said: “It’s one hell of a task. If you went to any garage and asked, ‘Can you restore anything in seven days?’, they’d burst out laughing. The ticking clock is nerve-wracking, but it’s also very exciting. If we manage to pull it off, it’s something we’ll be very proud of”.

With a supportive studio audience packed full of petrol-heads, and Car S.O.S fans, cheering the boys on as they kickstart proceedings, it’s not long before the miracle makeover starts to take shape – with Ross Kemp helping things along, and Rick Wakeman even trying his hand at engine tuning. The stakes have never been higher for Tim and Fuzz as the dynamic duo face a series of flash points along the way which push their skills and patience to the limit.

If they needed motivation to see the task through, the boys need look no further than the Land Rover’s deserving owner Brian Phillips and his inspirational story of combatting cancer. Brian actually worked at Land Rover in the 1950s and even helped on the production line to build his own car. The much loved ‘Landie’ has now been in the family for nearly 60 years, with all four of his children learning to drive in it.

When his trusty motor eventually broke down Brian was going to restore it himself, but sadly he got struck down by cancer.  Although Brian has now been given the all-clear, he was too weak to work on his car, so it was left languishing in his garage. Brian’s daughter Lorna wrote to Car S.O.Sto ask for help and Tim and Fuzz gratefully obliged, cleverly stealing the Land Rover from under his nose to give it the Car S.O.Streatment that will be shown in these two action-packed specials on National Geographic.

Following on from the two specials, a bumper packed seventh seriesof Car S.O.Sarrives on National Geographicwhere Tim and Fuzz take on their most challenging car restoration projects ever in 10 brand new hour-long episodes. All have inspiring owners who deserve the chance to have their treasured classic motor fully restored to prime condition. Stories featured include a family who have been touched by cancer not once but twice and a car-lover who is now registered blind but who would love just one more chance of driving his cherished car on a circuit. This series is sure to make even the hardest petrolhead shed a tear!