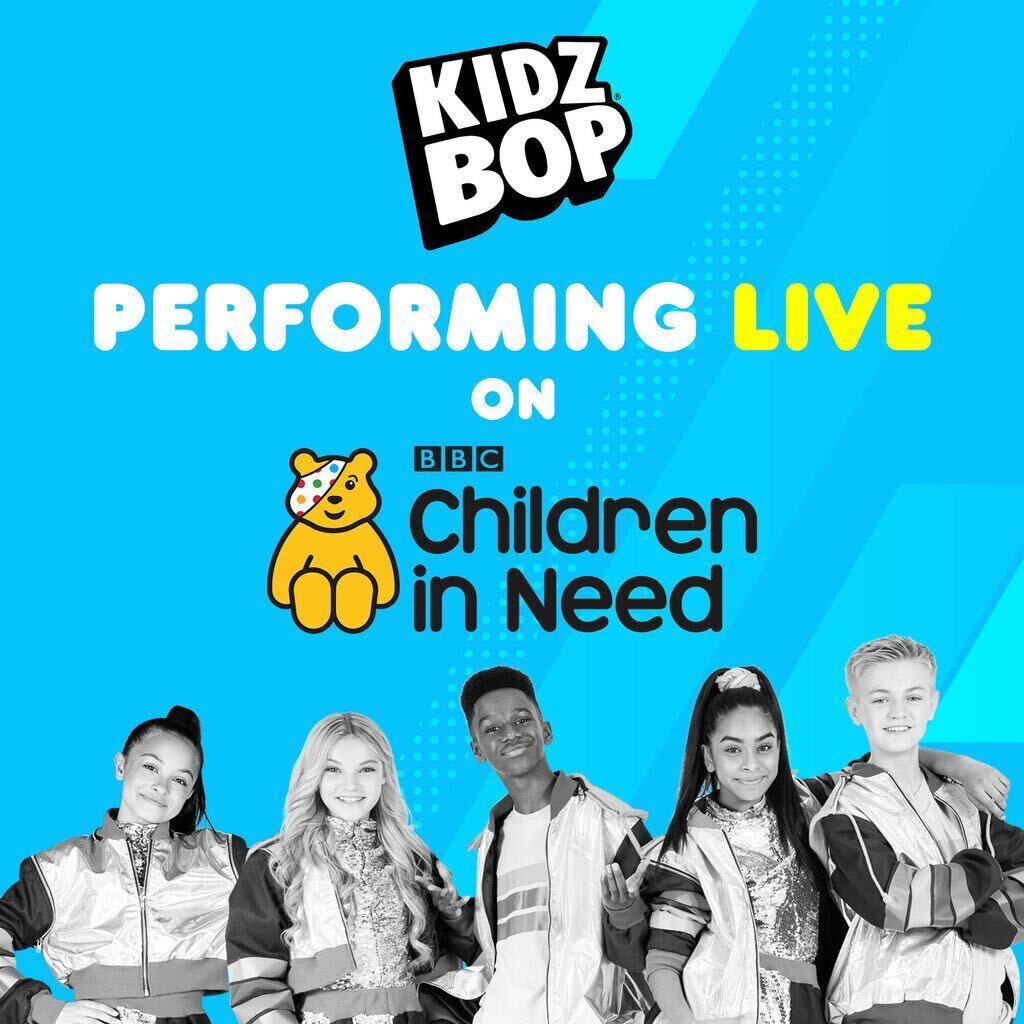 The KIDZ BOP Kids, Billboard Magazine’s ‘#1 Kids’ Artist’ for ten consecutive years, have been confirmed as the opening music act of this year’s Children in Need, airing on BBC One from 7pm on Friday 13th November.

The KIDZ BOP Kids, who are currently in the Top 40 UK album chart with their seventh album, ‘KIDZ BOP 2021,’ will bring a high-energy start to the evening live from the Children in Need studio, performing a medley of some of the nation’s favourite hits through the decades to celebrate 40 years of Children in Need.  The performance will conclude with one of the group’s biggest current singles, ‘Dance Monkey’, which has been given a very special Pudsey twist.

KIDZ BOP is celebrating its 20th birthday in the U.S. in 2021. In the three years since their launch in the U.K., the British KIDZ BOP Kids have achieved more than 418,000+ album adjusted units, including 4 BRIT Certified Silver albums, as well as amassing over 200 million YouTube views on the UK KIDZ BOP channel and over 210 million audio streams. They have spent a combined 36 weeks in the UK top 4 since 2017 leading to them being dubbed “Britain’s most successful pre-tweens.”

Globally, KIDZ BOP has sold over 22.5 million albums and generated over 6.5 billion streams since the family-friendly music brand debuted in 2001.  The best-selling series has had 24 Top 10 debuts on the Billboard 200 Chart; only three artists in history—The Beatles, The Rolling Stones, and Barbra Streisand—have had more Top 10 albums.

Other performances on Children In Need this year will include stars from Strictly Come Dancing, EastEnders and Doctor Who. This year’s programme will mark the 40th anniversary of the charity appeal first appearing on television screens. It will be hosted by TV presenters Mel Giedroyc and Alex Scott and comedians Stephen Mangan and Chris Ramsey.

There will also be musical performances from the casts of West End shows, Cinderella The Musical and Six, plus singers Beverley Knight and Shawn Mendes.

CREDIT: “Children in Need airs on BBC One from 7pm on Friday 13th November.