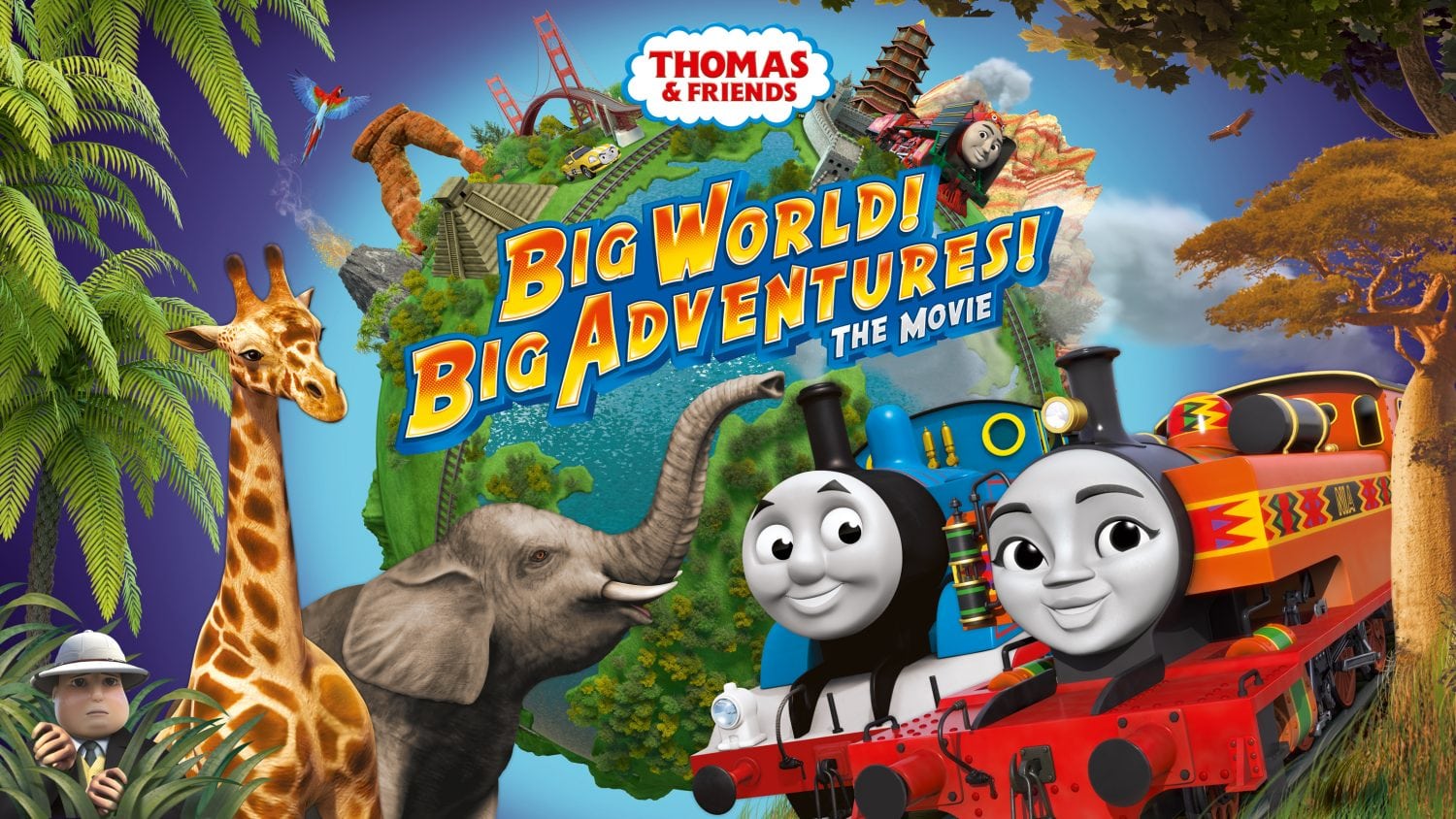 The world’s most famous blue engine and pre-schoolers’ favourite, Thomas the Tank Engine, has extended a warm welcome to Australian entertainer Peter Andre, who becomes the latest celebrity to voice a character in Thomas & Friends™. Peter joins an impressive list of esteemed voiceover talent who have starred in the world-famous children’s franchise over the years including Eddie Redmayne, Hugh Bonneville and Olivia Coleman.

In the eagerly anticipated new 80-minute CG-animated special, “Thomas & Friends: Big World! Big Adventures! The Movie,” showing at 400 cinemas throughout the UK from 20th July 2018 before it then hits screens around the world, Peter brings to life the central character of Ace, a bright yellow and very cheeky Australian rally car that inspires Thomas to leave his home of Sodor and travel around the world with him. Peter has also recorded a new song for the movie called “Free and Easy” which will be available on Spotify for the launch of the movie.

Thomas & Friends™: Big World! Big Adventures! The Movie is the thirteenth feature-length film to be produced by the word-famous franchise and is released following a major refresh to Thomas & Friends™ content. It features a fun-packed plot full of wonder and curiosity, plus tons of animals and several musical songs that will captivate the imagination of young Thomas fans and parents alike. This is the biggest and best Thomas movie to date and one not to be missed!

Thomas & Friends: Big World! Big Adventures! The Movie sees Thomas undertake his most epic journey ever as he leaves Sodor to fulfil his dream of seeing the world! The action-packed adventure begins when a mischievous little racing car called Ace comes to Sodor and inspires Thomas to embark on an ambitious trip-without the Fat Controller’s permission! This heroic quest takes Thomas across deserts, through jungles and over dangerous mountains as he travels across five continents seeing sights he has never seen before! On his journey to discover new places and cultures, Thomas makes friends with an adventurous, inspiring and fun tank engine from Kenya called Nia. But with so much for Thomas to learn about the world, will Nia be successful in teaching him a lesson about the true meaning of friendship?

Peter Andre says: “It is a real honour to be voicing the character of Ace in new movie and such a buzz for me to be doing my first worldwide movie voiceover for something that I grew up on and loved as a child and that my kids now love too.  With Thomas leaving Sodor for the first time ever in this new movie and travelling around the world on his adventures, it is incredible for me to help introduce young viewers to the diverse range of cultures, different ways of life and animals that exist on our planet today. It’s really nice to see that Thomas & Friends has embraced this – it is a great new direction for the show and I think it’s going to be fantastic.

My character is a fun, energetic and cheeky little car called Ace, an Aussie who is a bit full of himself and he thinks he’s super cool, but when you peel away the layers he’s a real little softy and everyone loves him. He has a lot of bravado, but as soon as he sees an animal, he’s petrified. He’s a really cool character and he’s a great one for me to be able to play because, being Australian, I can relate to his attitude a little bit. A lot of people have this image of Australia as being very care-free and I live like that. It’s so nice to play a character that represents that. I can’t wait to unleash him onto screens when the film premieres around the world later this year”

Products that support “Thomas & Friends™: Big World! Big Adventures! The Movie” include new Fisher-Price toys that will help kids bring to life Thomas’ newest adventure including the exciting Thomas & Friends™ Turbo Jungle Set (FJK50) and Nia engines in the TrackMaster, Wood and Adventures segments. The Turbo Jungle Set features a motorized Thomas train that can travel up to 2.5 times faster than normal TrackMaster engines so kids can recreate scenes from the movie. Peter’s character ‘Ace’ will be available as a toy in both the Adventures and TrackMaster ranges this summer.

Thomas the Tank Engine™ was created over 70 years ago and that story quickly grew through content to become the award-winning global brand franchise it is today, with multiple touch-points and formats, including apps; toy consumer products; publishing; live attractions and much more with over 1 engine sold per second. Watched in over 160 territories, in over 50 languages with over 1.16 billion lifetime views on YouTube, Thomas & Friends offers more than 80 hours of original content produced from 500 episodes and 12 specials.

THOMAS & FRIENDS™: BIG WORLD! BIG ADVENTURES! THE MOVIE
IS OUT IN CINEMAS NATIONWIDE FROM 20th JULY