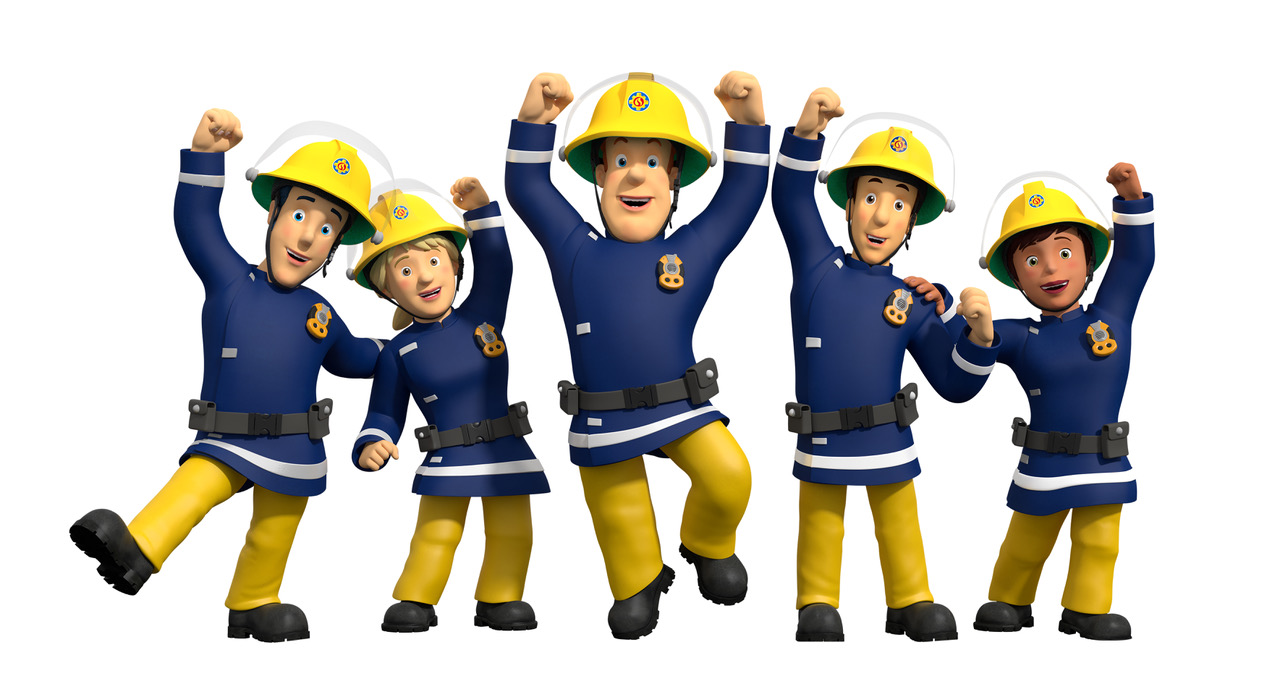 £1 will be donated to the DEC Coronavirus Appeal for every picture drawn by children of their modern-day hero and posted on social media using the hashtag #FindTheHero, up to £10,000

Determination, honesty, and integrity are now among the top attributes of a hero – with only seven per cent now considering physical strength a modern hero characteristic

Nurses, doctors, and the fire service are the most heroic jobs of the modern age, with waste collectors, delivery drivers and supermarket workers also highly commended by the public

Fireman Sam, the much-loved children’s preschool show with real-life firefighting team, today launched its Modern-Day Heroes Campaign in a bid to raise vital funds for the DEC Coronavirus Appeal, while also shining a spotlight on the friends, family members and frontline workers who have gone above and beyond to help others this year.

£1* (up to £10,000) is to be donated to the DEC Coronavirus Appeal for every picture drawn by children of their modern-day hero and posted on social media using the hashtag #FindTheHero. In addition, Fireman Sam and the team in Pontypandy, will present 50 of the nation’s heroes with a medal especially commissioned for the campaign.

The DEC Coronavirus Appeal supports 14 leading UK aid charities in raising money at times of humanitarian crisis in poorer countries. The funds will help provide families with clean water, soap and information on keeping themselves safe, equipment, and supplies for frontline medical and aid workers to care for the sick and vulnerable; and ensure families get enough food to help prevent malnutrition.

The launch of the campaign follows new research commissioned by Fireman Sam that says, forget damsels in distress and knights in shining armour… these days, coming to the rescue with a spare phone charger is considered an act of heroism.

A poll of 2,000 people revealed the everyday acts which are now considered ‘heroic,’ such as directing traffic after an accident or helping someone with a flat tyre. In our tech-obsessed world, even the modest job of setting up a smartphone is considered gallant, as is fetching an item on the top shelf of a supermarket for someone who can’t reach.

The study found that 36 percent of the UK public have changed their views on what defines a hero due to the events of 2020. Determination, honesty, and integrity are now among the top attributes – with only seven per cent now considering physical strength a modern hero characteristic.

The study also revealed nurses, doctors, and the fire service are the most heroic jobs of the modern age, with these roles proving most courageous in recent months. More than a third (34 percent) also tipped their cap to supermarket workers – and 28 percent said delivery drivers have put in valiant efforts.

Helen Genia, Head of UK Licensing and Hardlines EMEA, Mattel, says: “There’s no doubt there has been a shift in what is considered a hero, never more so than this year. Children will grow up in this era, not just thinking about the traditional superheroes like those to look up to, but many of those in services such as the NHS that serve us so well. Not only that, there’s clearly more of an appreciation for the ‘everyday hero’ working hard without a pat on the back each and every day from supermarkets to home deliveries.”

In addition, one in five (22 per cent) consider waste collection teams to be heroes, and a quarter (25 per cent) said the same of the fire service. 72 percent think we need to celebrate the heroic things people do more, with 18 per cent being seen as someone’s hero in recent months.

Six in 10 Brits ensure they thank people every time whenever they’re helped out – with half revealing they were more inclined to help people out they don’t know now more than ever. However, 53 per cent believed people aren’t thanked enough for what they do in today’s society.

It also emerged being helpful, having a moral compass, and being selfless was traits adults thought best to instil in children from a young age. And 74 per cent of those polled thought it’s essential for children to see a diverse range of heroic role models in the tv shows they watch.

Helen Genia from Mattel adds: “It’s clear those who put themselves on the frontline don’t always get the recognition they deserve. As a result, to show our appreciation, we are proud to launch ‘Fireman Sam Modern-Day Heroes Campaign to recognise the efforts of the everyday heroes who have been nominated for their recent hard work and bravery.”

Saleh Saeed, Disasters Emergency Committee CEO, said: “We are proud to be partnering with Fireman Sam Modern-Day Heroes Campaign to honour the importance of frontline heroes, keyworkers and communities. On behalf of the DEC and our member charities, I would like to say a big thank you for your generous support of the DEC’s Coronavirus Appeal and helping to highlight the importance of frontline medical and aid workers who are supporting people living in the world’s most fragile places as they face Covid-19”.

Instructions for posting your picture

Children can help raise money for the DEC by drawing a picture of their modern-day hero – it could be a friend, family members or frontline worker (relationship does not need to be disclosed in the post) – and writing a short description of how this person has helped others this year. Parents or caregivers then post the picture and description on Facebook or Instagram and tag it with the hashtag #FindTheHero. £1 will then automatically be donated. The total donation being made by Fireman Sam is £10,000.