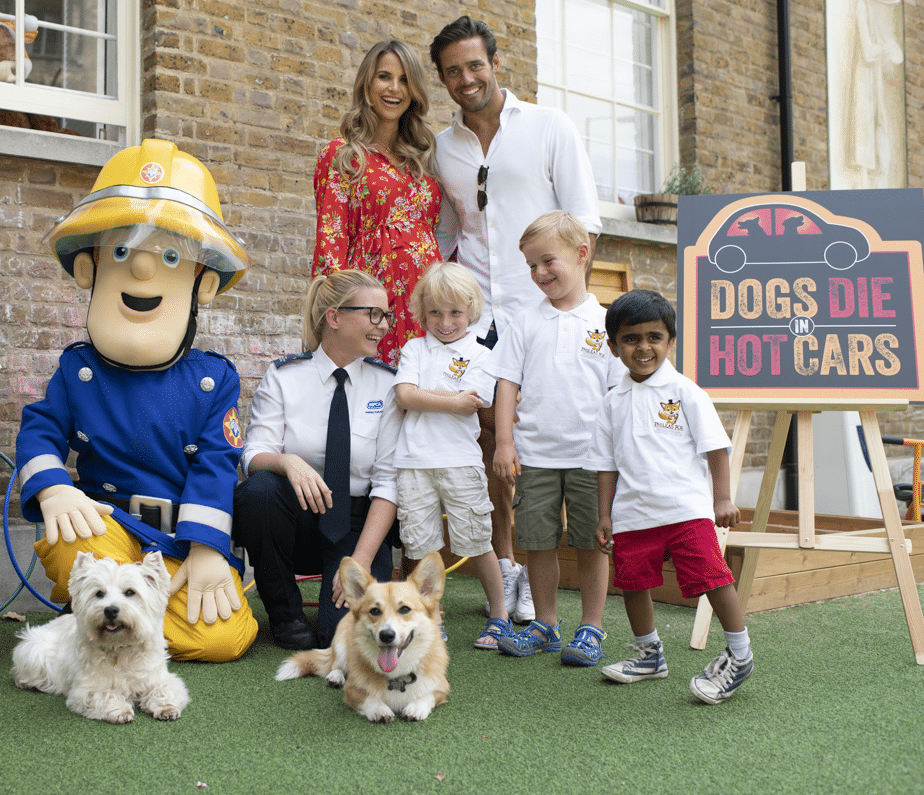 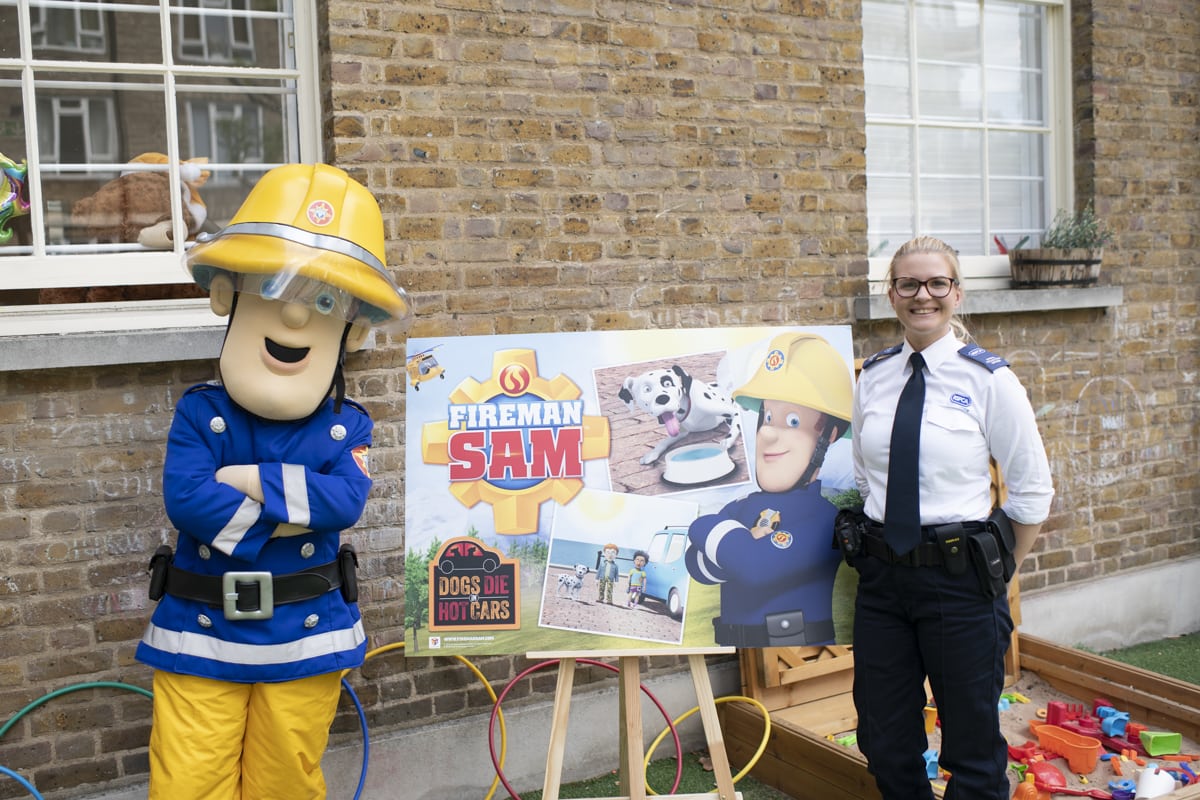 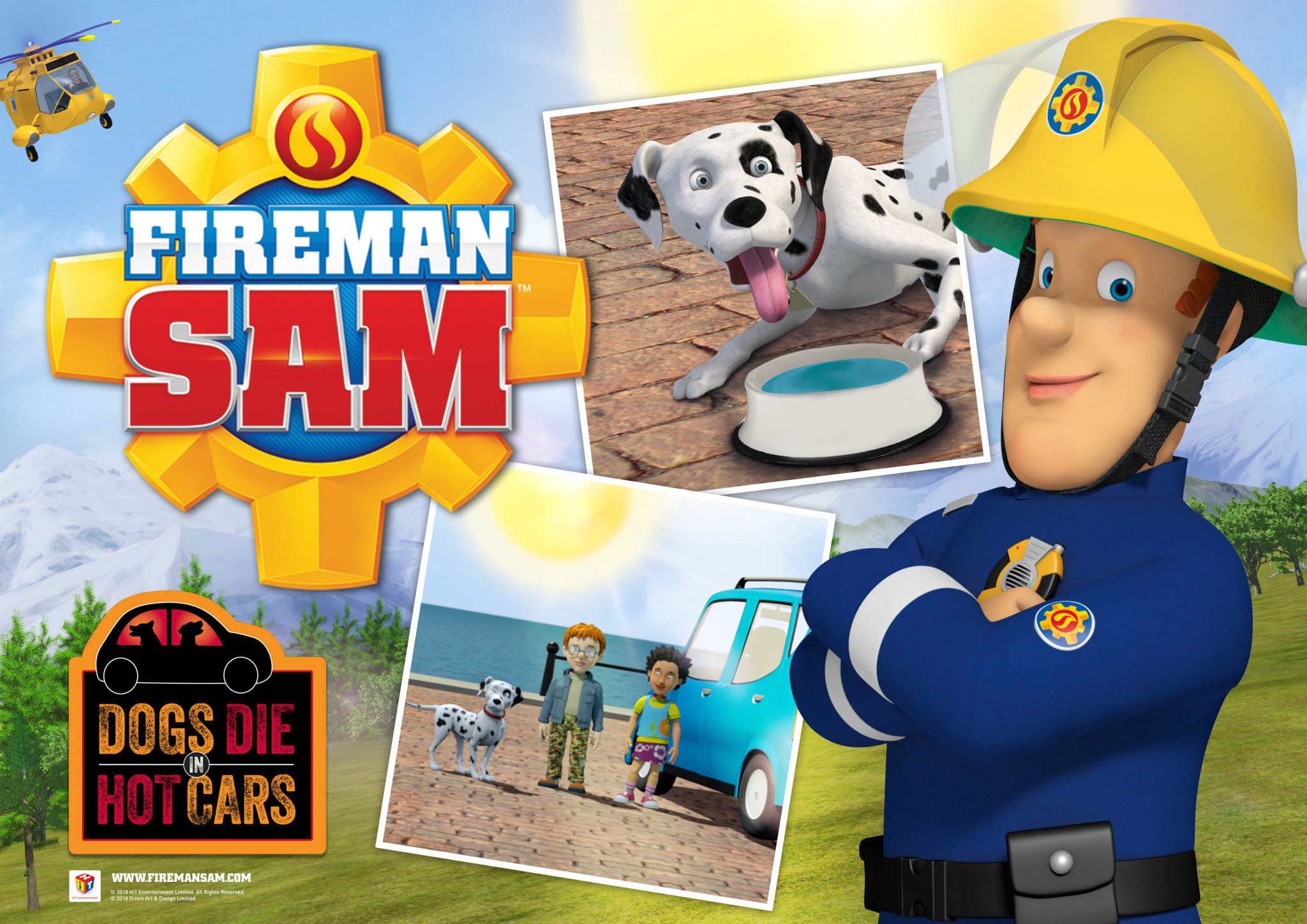 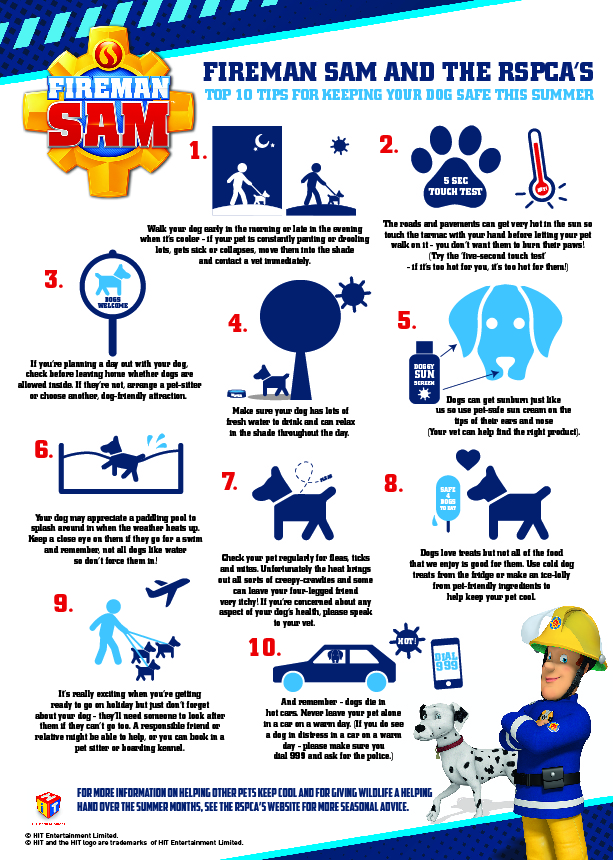 They are just weeks away from becoming parents for the first time and this week television personalities Vogue Williams and Spencer Matthews had the perfect opportunity to test out their pre-school skills as the celebrity couple and their pet dog Winston joined Fireman Sam and an officer from the RSPCA to host a talk for a group of young children about the dangers of leaving dogs in hot cars.

The educational event fronted by Fireman Sam was held in the playground at the Phileas Fox Nursery School in West London and helped to spread the message about the annual “Dogs Die in Hot Cars” campaign, which aims to help keep dogs safe in warm weather. The campaign raises awareness of the dangers of leaving pets including dogs in cars, caravans, conservatories and outbuildings during periods of potentially dangerous weather.

Fireman Sam is on-board to spread the message to children and families that dogs should never be left in a car on a warm day and has launched a new “Safety Short” video highlighting the dangers of doing so. The CG-animated video will be available on the Fireman Sam YouTube channel from today as part of the “Fireman Sam Animal Safety Shorts Series”, which includes a further three videos aimed at children and families on how to keep their pets safe and well.

Vogue, 32, and Spencer, 29, were in attendance with their beloved pet dog Winston, a cross between a beagle and a cavalier, who was on his best behaviour as the children in attendance listened to RSPCA animal collection officer Lisa Miller talk about why dogs should never be left in a car on a warm day. Vogue and Spencer shared their own experience of how they have been keeping Winston cool this summer by taking him for swims in the lake near to their new London abode which they have been busy getting ready for the arrival of their first child in these coming weeks.

Spencer Matthews says: “Dogs Die in Hot Cars is an extremely important campaign and it’s imperative that everyone, regardless of their age, knows what to do when they see a dog in danger on a warm day. Our furry friends are relying on us to keep them safe and well in this warm weather we’re experiencing. I am urging everyone to keep their eyes peeled and if you spot a dog in a car that looks in danger then dial 999 and ask for assistance to help rescue the animal.”

Vogue Williams says: “When the weather is warm it is extremely dangerous for dogs to be left on their own in a car or any other vehicle or building. I am fully supporting the Fireman Sam campaign to help raise awareness amongst young children about what to do if you see a dog in danger – and that is to dial 999 straight away and to report the animal in distress to the authorities”.

RSPCA animal collection officer Lisa Miller says: “Many people still believe that it’s fine to leave a dog in a car on a warm day if the windows are left open or they’re parked in the shade, but in fact it is still a very dangerous situation for an animal. A car can become as hot as an oven very quickly, even when it doesn’t feel that warm. When it is 22 degrees outside, in a car it can reach an unbearable 47 degrees within the hour”.

Fireman Sam says: “Myself and the entire fire-fighter crew from Pontypandy are proud to be supporting this campaign to keep dogs safe this summer especially with this extremely hot weather we’ve had in the UK in the past few weeks. We believe you’re never too young to help prevent accidents and we hope our young fans will enjoy and learn from our new safety videos!”

More information on “Dogs Die in Hot Cars” can be found on RSPCA website: www.rspca.org.uk/dogsdieinhotcars