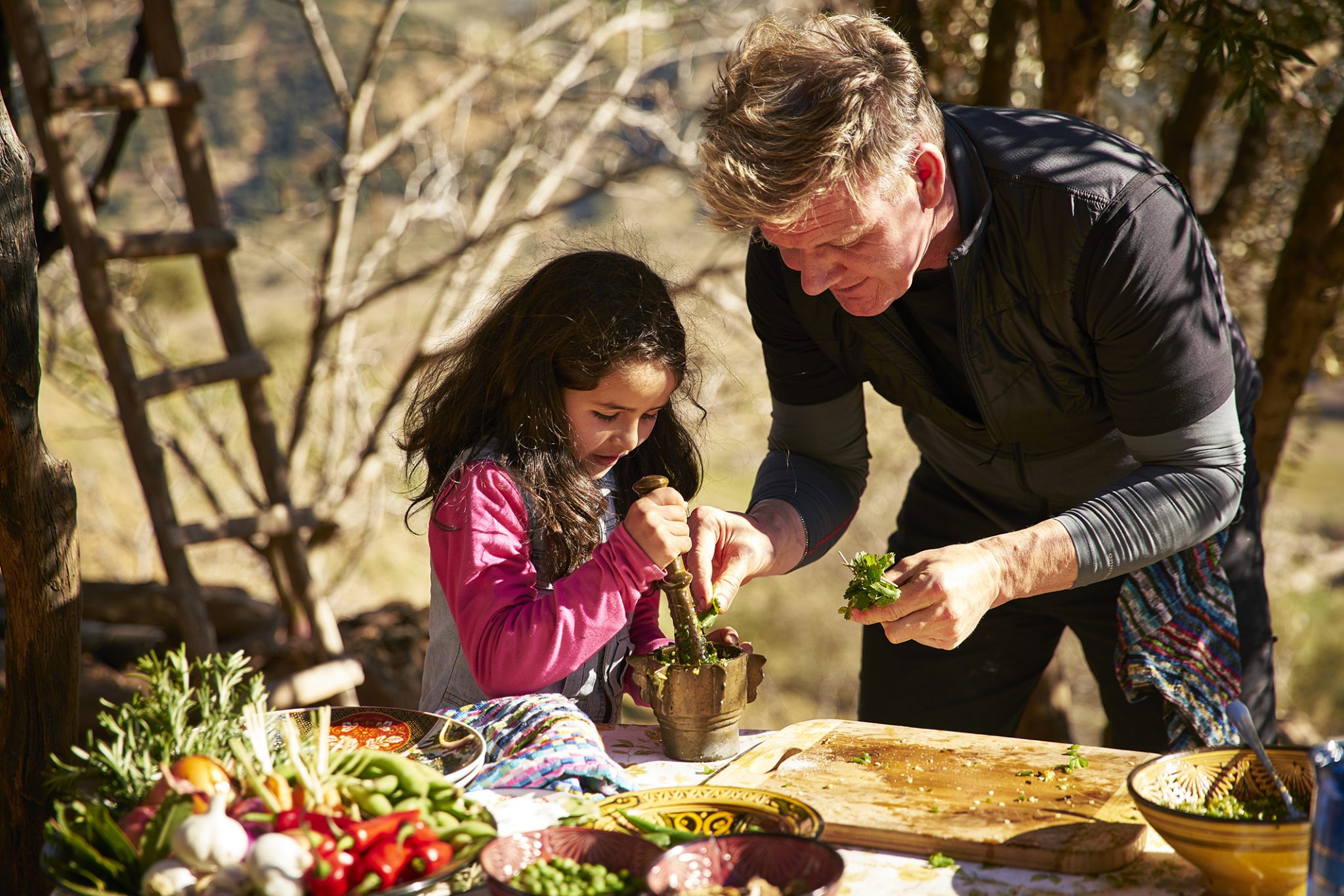 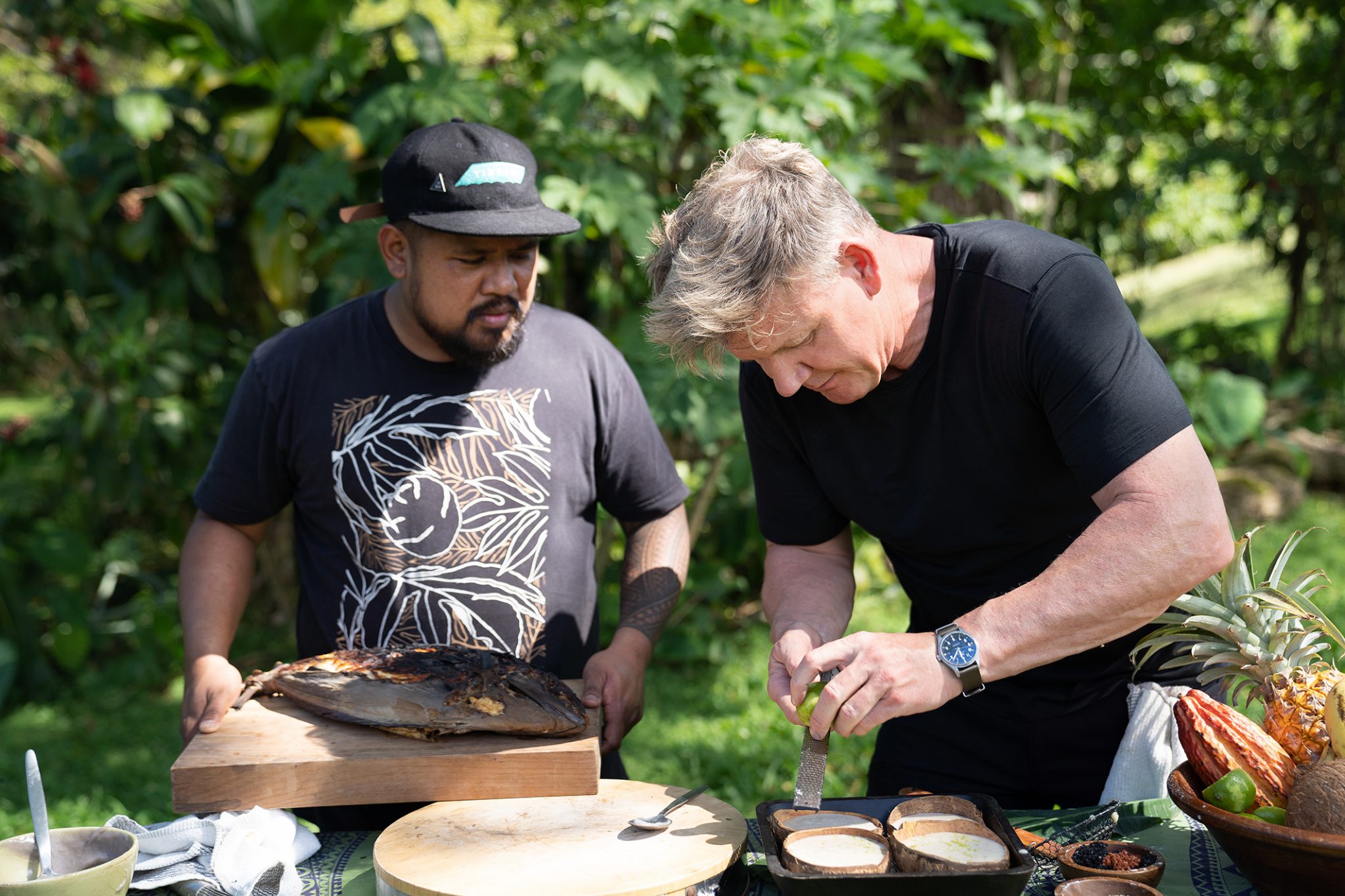 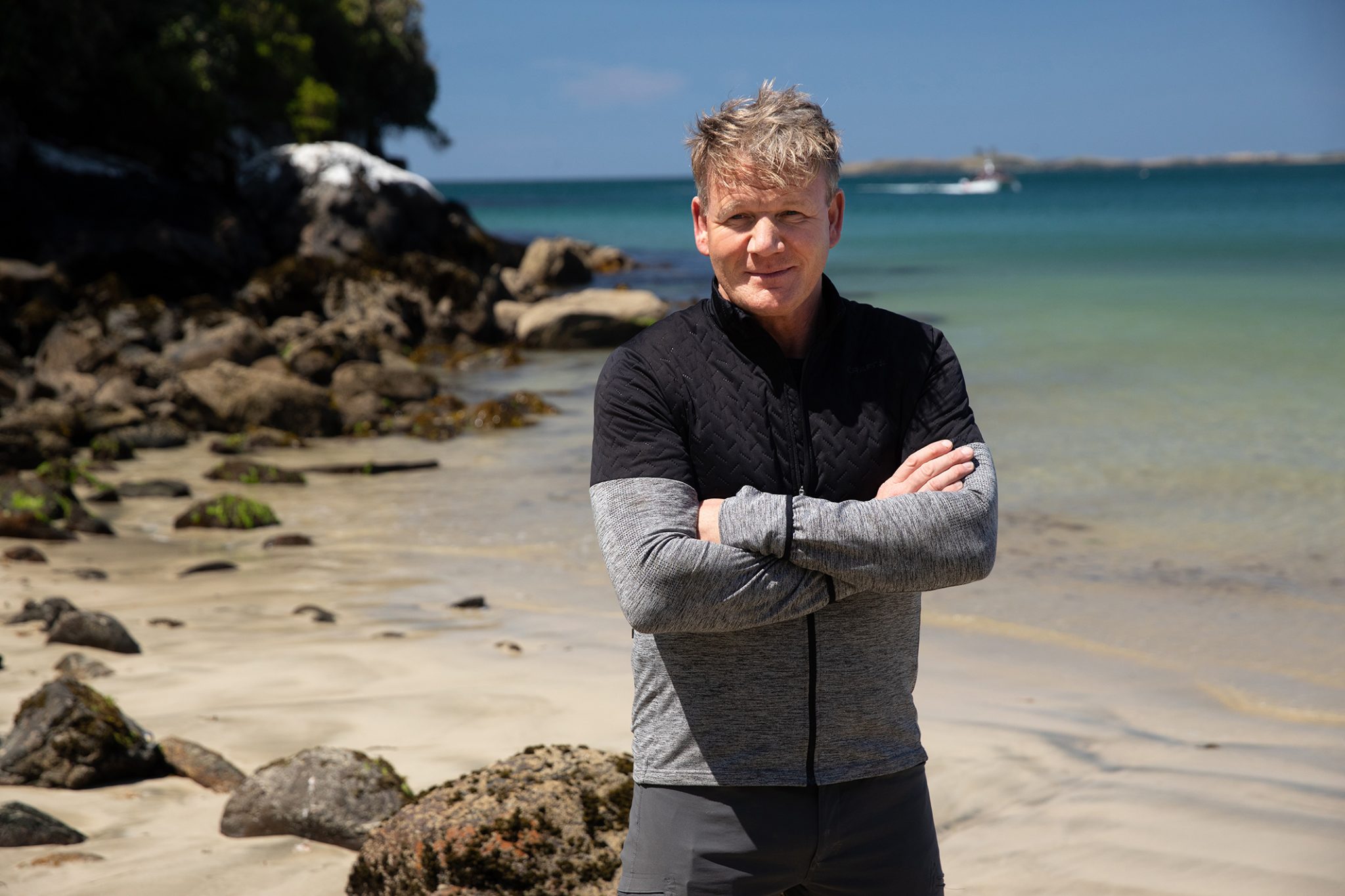 Join Ramsay on an Epic Journey Across the Globe to Peru, Laos, Morocco, Hawaii, Alaska and New Zealand

(London, UK) — Gordon Ramsay is taking food as far as it can go in National Geographic’s new series Gordon Ramsay: Uncharted, premiering this September. The multi-Michelin-star chef and Ironman athlete embarks on a new exhilarating adventure around the globe.

From Peru, Laos and Morocco to Hawaii, Alaska and New Zealand, Ramsay will be roaring through valleys, diving into oceans, hiking through forests and scaling mountains in his relentless pursuit of culinary inspiration. Food and adventure programming is familiar ground for Ramsay, whose 2010 UK series for Channel 4, “Gordon’s Great Escapes,” saw the venerable chef explore the food culture of India and Southeast Asia.

Gordon Ramsay: Uncharted follows Ramsay as he meets with indigenous people around the globe to learn about the cultures, dishes and flavours unique to each location. Every ingredient he harvests and dish he tastes will inspire a new recipe from scratch, created to represent the heart of that culture. Each episode concludes with Ramsay challenging himself with a local food legend by his side — putting his newfound skills to the test as they cook a feast together for the local. For Ramsay, food is the gateway to culture, and every adventure is a portal into the soul of the people and place.

“It has been an amazing journey travelling off the beaten path with National Geographic and connecting with locals to learn and share incredible stories of unique traditions, delicacies and the extreme lengths it takes to harvest native ingredients,” said Ramsay. “I have learned way more filming this series than I have in the last 10 years.”

The adventures — culinary and otherwise — that Ramsay takes in the premiere season include:

The series will also air globally in 172 countries and 43 languages. Gordon Ramsay: Uncharted is produced by Studio Ramsay. Additional episodes of the series have already been ordered ahead of the premiere, with production set to resume later this year.

Chef Gordon Ramsay journeys to the remote corners of southern New Zealand to unlock the secrets of traditional Maori cuisine. From the locals, he learns how to catch eels with his bare hands, free dives for prized Paua shellfish and forages for unique Kiwi ingredients before putting his new skills to the test at a Maori feast with up-and-coming chef Monique Fiso.

Chef Gordon Ramsay travels to Morocco, North Africa, where he embarks on an adventure deep in the Middle Atlas Mountains to understand ancient Berber cuisine. Learning from the locals, he rappels over a waterfall to meet mushroom hunters, milks a camel and experiences the life of the Berber people. He puts his new skills to the test, cooking a feast with chef Najat Kaanache to celebrate Berber New Year.

Chef Gordon Ramsay travels to Maui, Hawaii, to explore the exotic ingredients of Hawaiian cuisine. In torrential rain, he travels along the treacherous Hana Highway. From the locals, he learns how to hunt deer with a bow, produce Hawaiian taro and spearfish with legendary free diver Kimi Werner. Gordon tests his knowledge at a feast with top Hawaiian chef Sheldon Simeon.

Chef Gordon Ramsay travels to Laos, where he takes on a rapid stretch of white water, kayaking down the Mekong in search of culinary inspiration. Learning from the locals, he treks through dense jungle to sample eggs of the aggressive weaver ant, dives for freshwater snails and hunts for giant water bugs. Using his newly acquired skills, he cooks a banquet for monks at the local temple.

Chef Gordon Ramsay journeys to the rugged Alaskan Panhandle to learn survival skills and discover Alaskan cuisine. On his adventure, he learns how to cook seal with a native Tlingit elder, climbs a sheer rock face in a snowstorm and goes grouse hunting before putting his newfound knowledge to the test at a feast with legendary local chef Lionel Uddipa.

Renowned for highly successful and award-winning original programming, Emmy-nominated, multi-Michelin-star chef Gordon Ramsay produces TV shows on both sides of the Atlantic that are seen by audiences worldwide, including his Fox shows “The F Word With Gordon Ramsay,” “Gordon’s Ramsay’s 24 Hours to Hell and Back,” “MasterChef,” “MasterChef Junior,” “Hell’s Kitchen” and “MasterChef Celebrity Showdown,” as well as Bravo’s “Best New Restaurant” and Food Network’s competition series “Food Court Wars.” In the UK, he has produced “Gordon Ramsay Behind Bars” and “Gordon’s Great Escape” for Channel 4; food biography and nostalgia series “My Kitchen” for UKTV’s Good Food Channel; two instructional cookery series, “Ultimate Home Cooking” and “Ultimate Cookery Course,” for Channel 4; and the first two seasons of “Matilda and the Ramsay Bunch,” all under his One Potato Two Potato banner.

The next-generation multimedia production company Studio Ramsay was founded in 2016 by Ramsay and has a joint venture with All3Media to develop and produce both unscripted and scripted television shows, creating new formats and innovative programming that includes a scripted arm and development of new talent on a global front. Studio Ramsay’s first production was the live series “The F Word With Gordon Ramsay,” which premiered in the US on Fox, and its second Fox series, “Gordon Ramsay’s 24 Hours to Hell and Back,” ranks as television’s No. 1 cooking show this season among A18-49 and total viewers. National Geographic Channel recently announced the pick-up of a second season of Studio Ramsay’s Gordon Ramsay: Uncharted ahead of the shows’ premiere. Production is set to resume later this year.

Across the pond, Studio Ramsay produces the wildly successful, and BAFTA-nominated, “Gordon, Gino and Fred’s Road Trip” for ITV and the Channel 4 Series “Born Famous,” which is slated for release this summer. Studio Ramsay also currently has shows in production for the BBC and other top UK broadcasters. Its digital arm has launched its own successful interview series called “Scrambled” and produced content for National Geographic and its various properties. Its first daytime cooking series, “Culinary Genius,” premiered on ITV in the UK and was syndicated on Fox stations in the US. Ramsay’s documentary series, “Gordon on Cocaine,” premiered on ITV to critical acclaim. “Matilda and the Ramsay Bunch,” starring Tilly Ramsay for UK children’s channel CBBC, is also produced by Studio Ramsay.