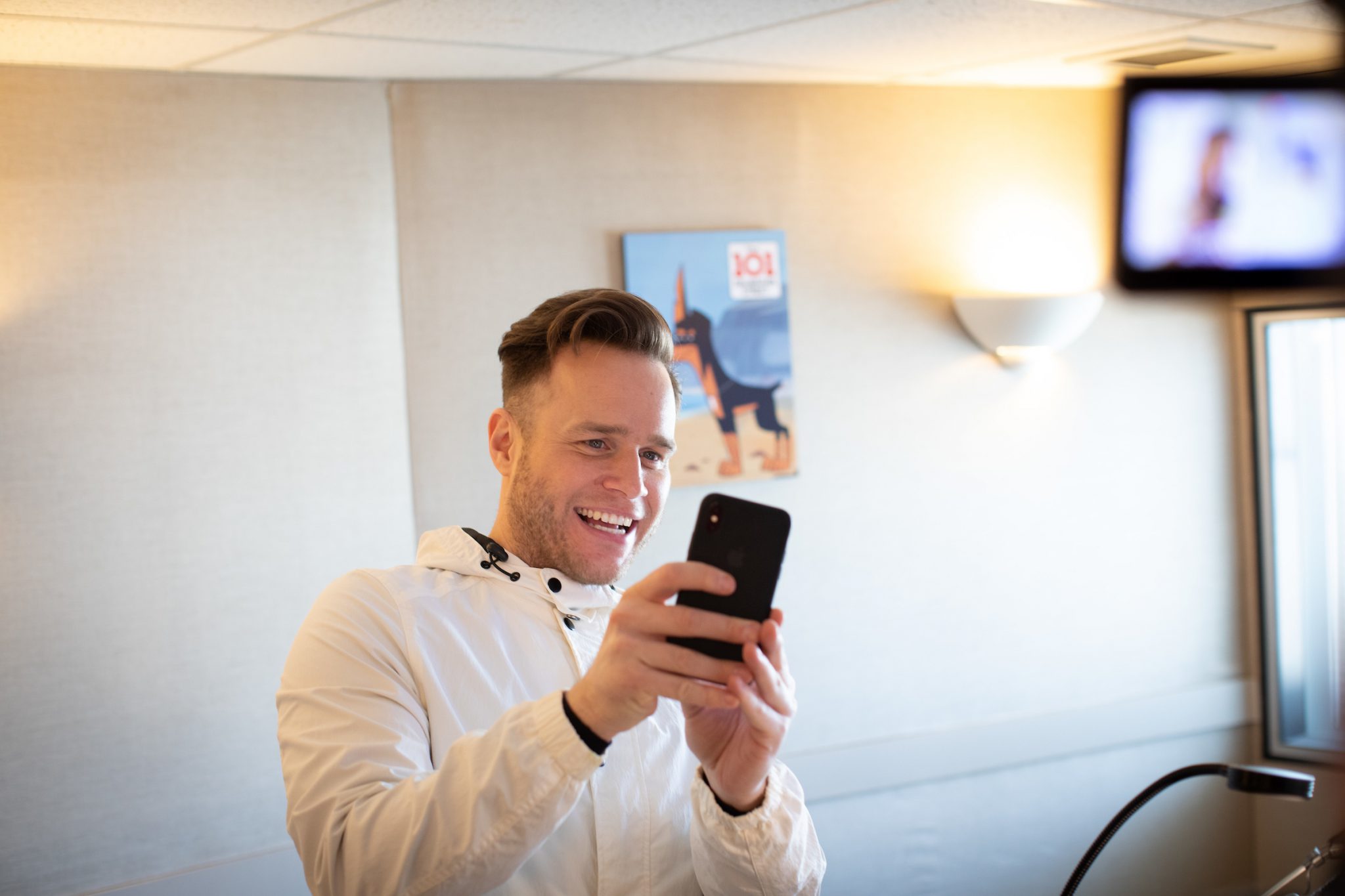 ·    Spike will appear in a two-part special set in Cornwall, airing this summer

·    Set in 21st Century London, 101 Dalmatian Street is inspired by Dodie Smith’s 1956 novel and Walt Disney’s 1961 classic One Hundred and One Dalmatians

The first-ever acting role for Murs saw him in a central London recording studio this week, lending his voice to a cool Cornish Doberman named Spike who will appear in a two-part special for the series this summer.

Aimed at girls and boys, 101 Dalmatian Street is inspired by Dodie Smith’s timeless 1956 novel and Walt Disney’s classic 1961 film, One Hundred and One Dalmatians, and has been reimagined for the 21st Century. Set in modern day London in the borough of Camden, the series follows the adventures of eldest siblings Dylan and Dolly, their parents Doug and Delilah, and 97 younger puppies, whose names also begin with ‘D’, in an epic comedy about family life, multiplied by one hundred and one.

Olly Murs, ‘The Voice’ coach and one of the UK’s most successful artists, voices a character who meets the family on their Cornish holiday in the exciting new series which will introduce a new generation of children to the wonderful, spotty world of Dalmatians.

Last year saw the release of Olly’s highly anticipated sixth studio album ‘You Know I Know’ which is on track to become his sixth consecutive Platinum album, further cementing him as The X Factor’s most successful male artist to date. With an unforgettable live presence, Olly is set to embark on his 20-date tour this Spring, including two dates at London’s iconic O2 Arena, starting in Aberdeen on 1st May.

Speaking about his role as Spike, singer-songwriter, television presenter and actor, Olly Murs said:  “I’m voicing a very chilled but adventurous Doberman called Spike. He’s a surfer dude with a sensitive streak who develops a soft spot for Dolly when the characters head to Cornwall for a summer holiday. I really enjoyed taking on the exciting new challenge of voice acting, particularly for such a cool new Disney Channel character. The series starts on 18th March and Spike will get his starring role later this summer – I can’t wait to see the reaction to my canine creation when it airs.”

Mixing up domestic comedy with urban adventures, extreme sibling rivalry and puppy mayhem, the series explores growing up and finding your own spot within the turmoil of the biggest, messiest, furriest blended family anyone has ever seen.

In the first back-to-back stories entitled Dog’s Best Friend and Boom Night, premiering on 18th March on Disney Channel, Dylan sees Clarissa Corgi’s human waiting on her hand and paw. He wonders if he should get one to help with chores, but realises a pet is a big responsibility. In the second episode, set on the scariest night in the canine calendar, Dad puts the house on lockdown and tells Dylan to keep everyone safe and inside – only for Dolly to sneak out. Dylan discovers Dorothy has followed her and must face his fears and venture out.

101 Dalmatian Street will launch on Disney Channel on 18th March at 5pm with new episodes every Monday to Thursday.