SEASON 2 OF MARS ON NATIONAL GEOGRAPHIC 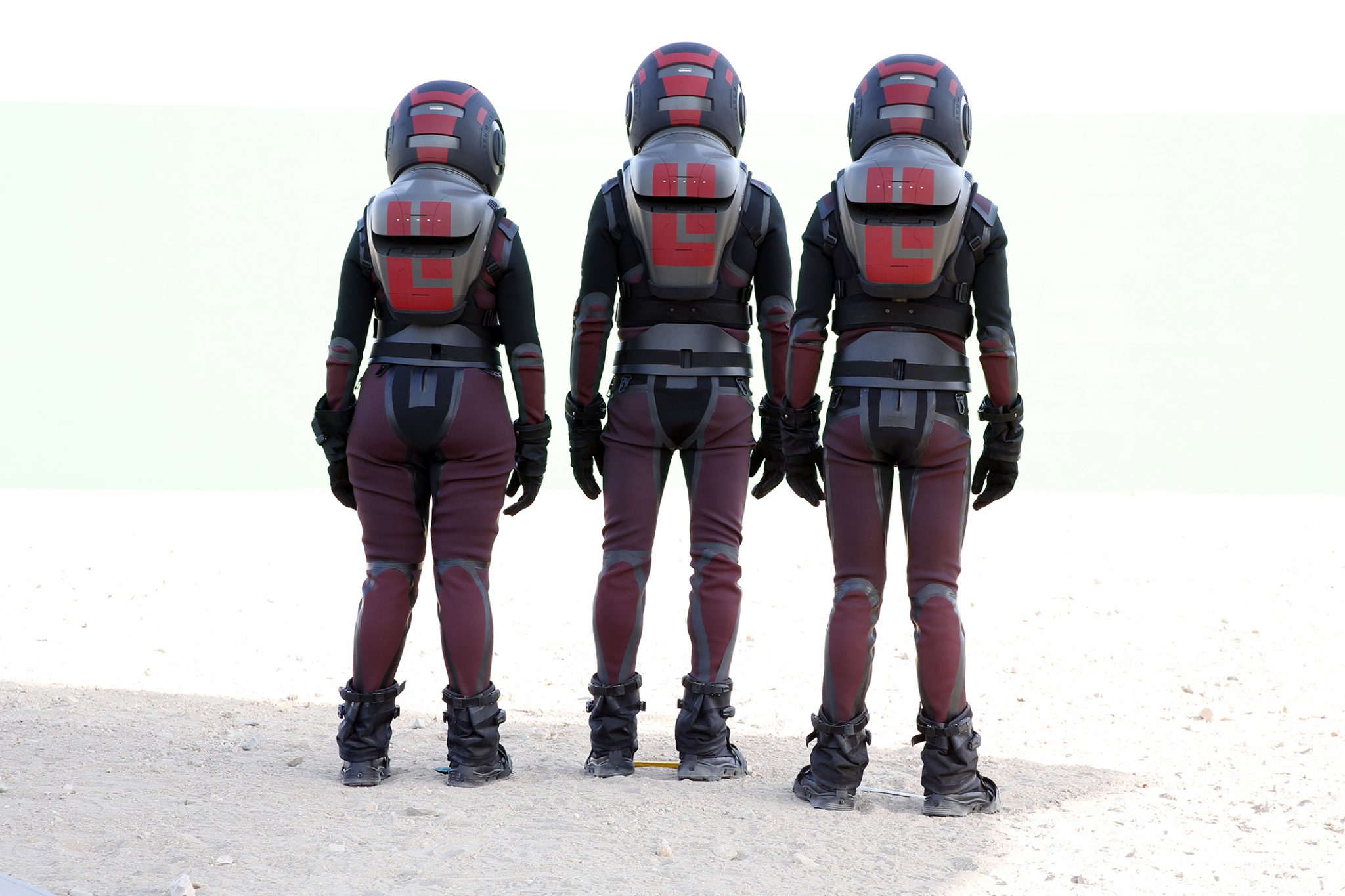 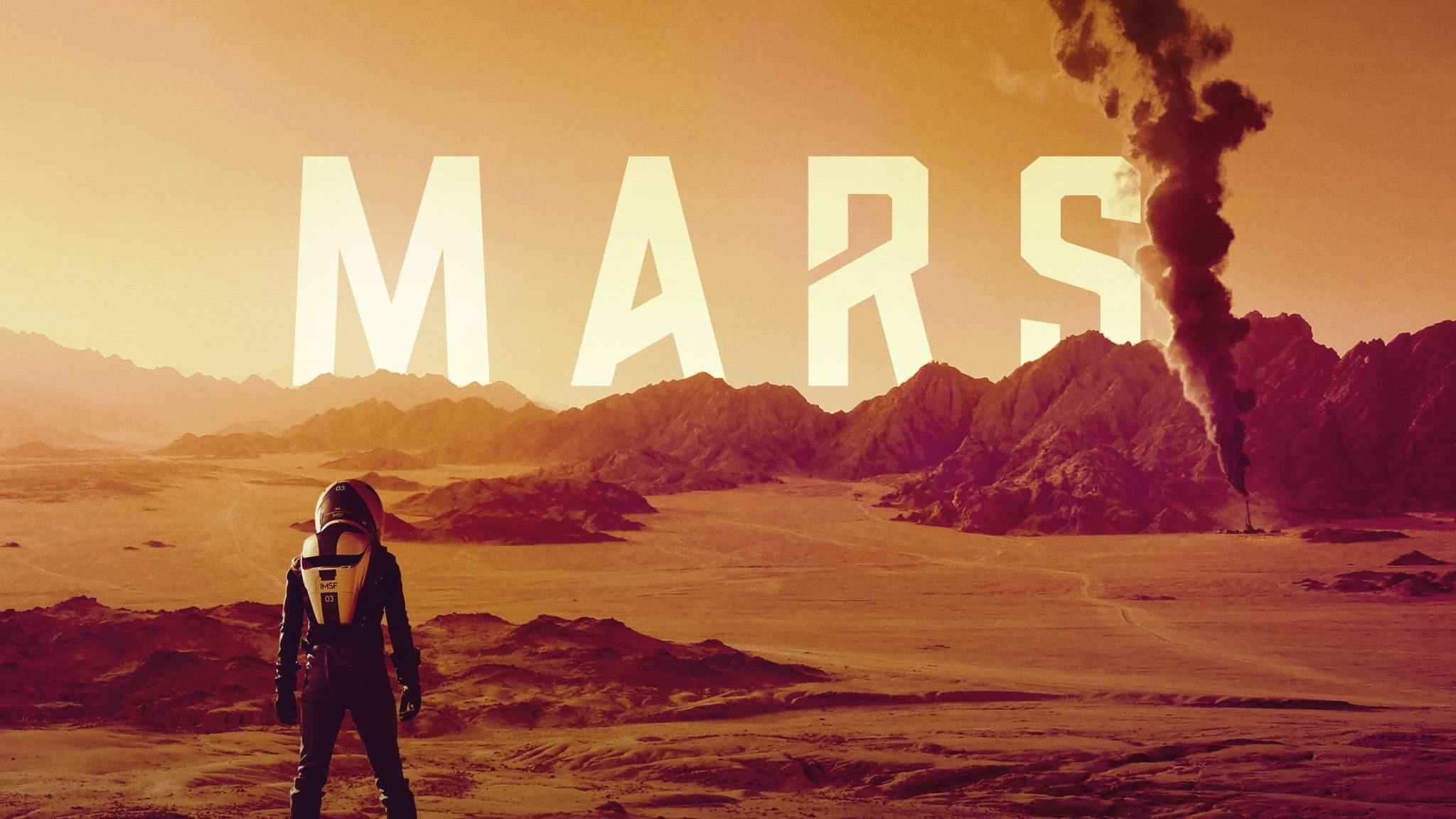 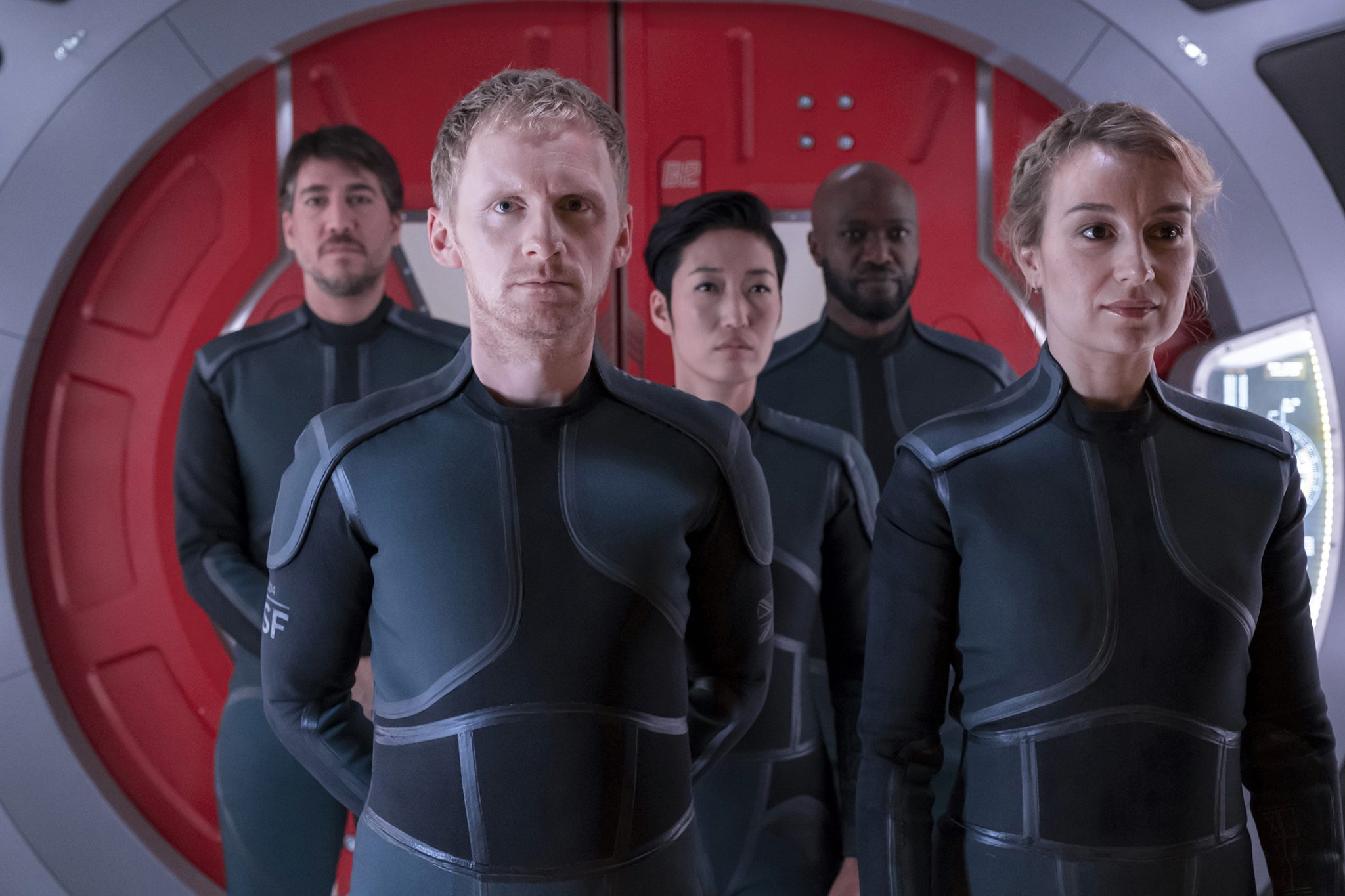 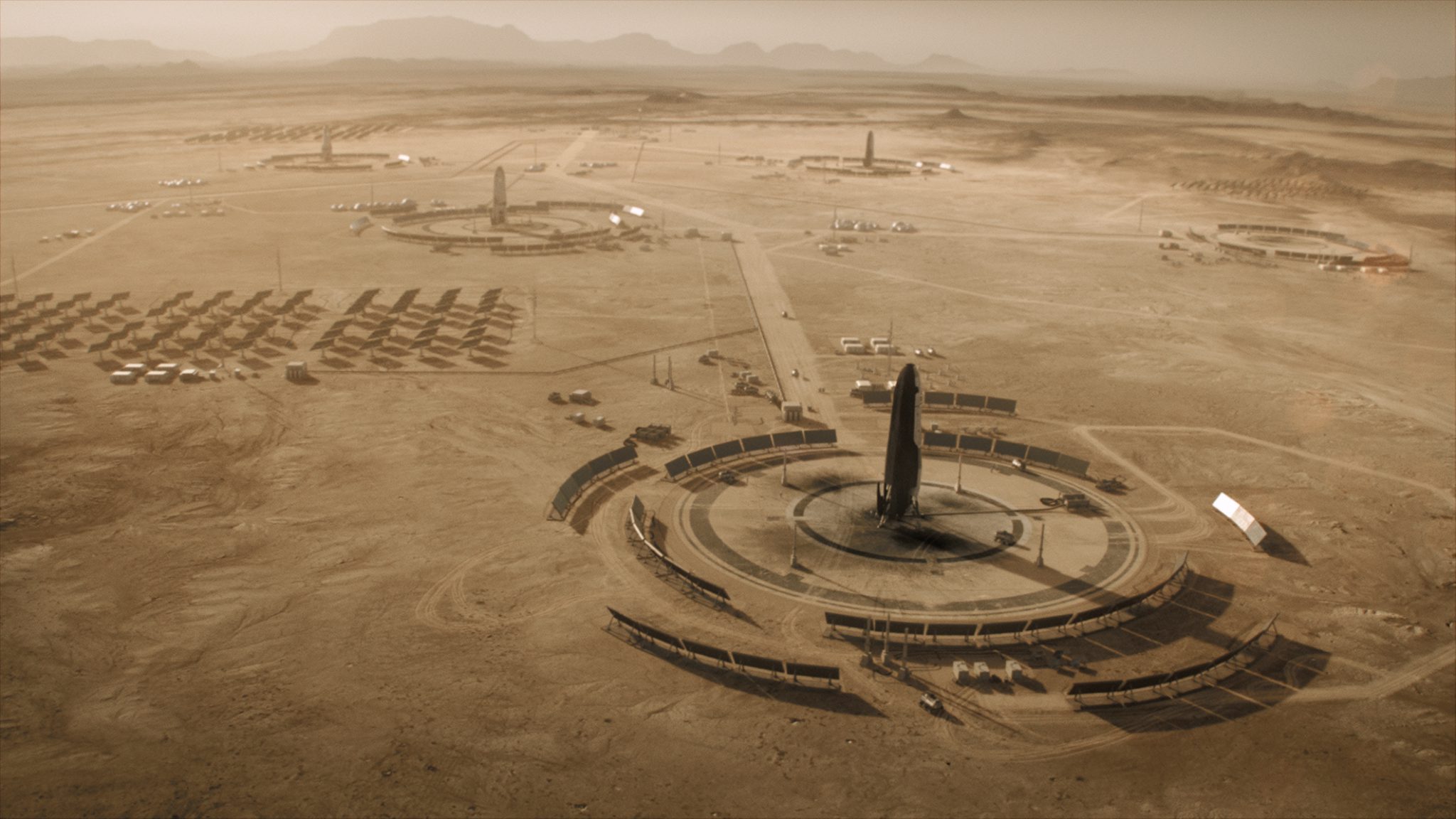 The prospect of Mars has never been more palpable. The idea once was considered science fiction, but in the blink of an eye, we’ll be there. Season 2 of National Geographic’s acclaimed series MARS – dubbed impressive, inspiring and scientifically honest by critics – returns with a six-episode arc continuing with last season’s unique hybrid format: alternating scripted and documentary sequences to predict what life will be like on the Red Planet forecasted by what’s happening today on Earth.

This season on MARS, the story delves into the boundaries between science and industry on an isolated, unforgiving frontier. Throughout history, there’s been a constant tug of war between human motivations and interests, with profitability on one end of the spectrum and exploration on the other. When becoming interplanetary, can humans break the chain, or are they doomed to repeat the same mistakes in this new world?

MARS picks up five years after the conclusion of Season 1, following the successful maiden mission to the Red Planet when the original International Mars Science Foundation (IMSF) crew struggled to safely land on and create an initial settlement. It’s now the year 2042, and IMSF has established a fully-fledged colony, Olympus Town, but they cannot finance the Mars expedition alone. Doors of opportunity have swung wide open to the private sector, but tensions arise among original mission-driven scientists and miners sent by the for-profit corporation, Lukrum Industries, which create a new world of challenges for everyone on the Red Planet.

On the scripted front, the series tackles seemingly everyday occurrences – pregnancy, break ups, new romances, epidemics, breakdowns, power outages, injuries, exercise, mealtimes and socialising. But when they occur approximately 54.7 million isolated kilometres from Earth – where there is no escape – they are anything but ordinary. While the mission-driven scientists, who first set foot on the Red Planet nine years earlier, initially are alarmed by their new neighbours, some soon find themselves understanding and mingling with ‘the other side.’ Life on Mars intensifies when scientists who are searching for new life get upended by Lukrum’s mining mission; the worst natural disaster hits home; the first-generation Martian baby enters the new world; and when loved ones draw their last breath.

The MARS cast is comprised of returning actors from Season 1 along with several newcomers. Cast include Jihae (Mortal Engines), Jeff Hephner (Chicago Med, Code Black) and Esai Morales (Ozark, NYPD Blue). A full list can be accessed by clicking HERE.

On the documentary front, present-day vignettes draw parallels to the future happenings on Mars by looking at some of the dire issues facing Earth’s last frontier – the Arctic. This includes a spectrum of events that currently are compromising life on Earth – and could plague us in the future as we become an interplanetary species: drilling, glacial melting, rising sea level and indigenous health epidemics which surface when the permafrost melts.

On-camera experts – dubbed our ‘Big Thinkers’ – once again navigate the audience through the struggles and opportunities awaiting humans on Mars. This elite group includes some of the biggest names in human exploration, technology, the environment and social science, such as Elon Musk, SpaceX CEO; Andy Weir, bestselling author of The Martian and Artemis; Ellen Stofan, former NASA Chief; Leland Melvin, former NASA astronaut; Michio Kaku, theoretical physicist and futurist; Antonia Juhasz, leading oil and energy expert; Naomi Klein, bestselling author, activist and award-winning journalist on climate change; Casey Dreier, director of space policy at the Planetary Society; Lucianne Walkowicz, Astrobiology Chair at the Kluge Center of the Library of Congress and astronomer at the Adler Planetarium; and Bill Nye, CEO of The Planetary Society. A full list can be accessed by clicking HERE.

In addition to the Big Thinkers, MARS’ scientific advisors give the scripted drama some heft. In this role, Stephen Petranek, award-winning author of How We’ll Live on Mars; Mae Jemison, former NASA astronaut; and Robert Braun, professor of aerospace engineering sciences at University of Colorado Boulder, guide the futuristic story on the Red Planet, assuring that everything is grounded in reality.

“Last season, we envisioned getting to Mars, so now, we’re shifting the conversation to what will happen once we’re on a planet where everything is alien and extraordinary,” says MARS Season 2 showrunner Dee Johnson (Nashville, Boss, ER). “Mars is a pressure cooker — there’s a constant push-pull between science and industry, and as a result, emotions run high. Although conflicting, their agendas are not mutually exclusive; with the advancement of science and exploration also comes industry and money making.”

“The series underscores how human nature doesn’t change when we become Martians, but navigating how we harness our instincts, emotions and behaviours on Mars is uncharted territory,” says Justin Wilkes, co-creator and executive producer of MARS, RadicalMedia. “MARS delves into how we’ll cope with heartbreak, mental health, illness, contamination, death, the first pregnancy and first baby on Mars, natural disasters and the quest for the planet’s natural resources, like water, which we often take for granted on Earth.”

“In MARS, everything as simple as the quotidian, like personal hygiene and meals, requires greater effort and is exponentially more difficult in this foreign frontier of limited resources where new rules are often written on the fly,” says Stephen Petranek, MARS’ co-executive producer, scientific advisor and Big Thinker. “Leaving Earth insures long-term human survival, and we have the technology and spirit to get there, but what will it actually take to live there? MARS is a six-to-nine month trip one way…so before we get there, we better make sure we can permanently make it our own.”

Directors Stephen Cragg (Scandal, How to Get Away with Murder) and Ashley Way (Doctor Who, Homeland) join returning director Everardo Gout (Days of Grace) for the second season.