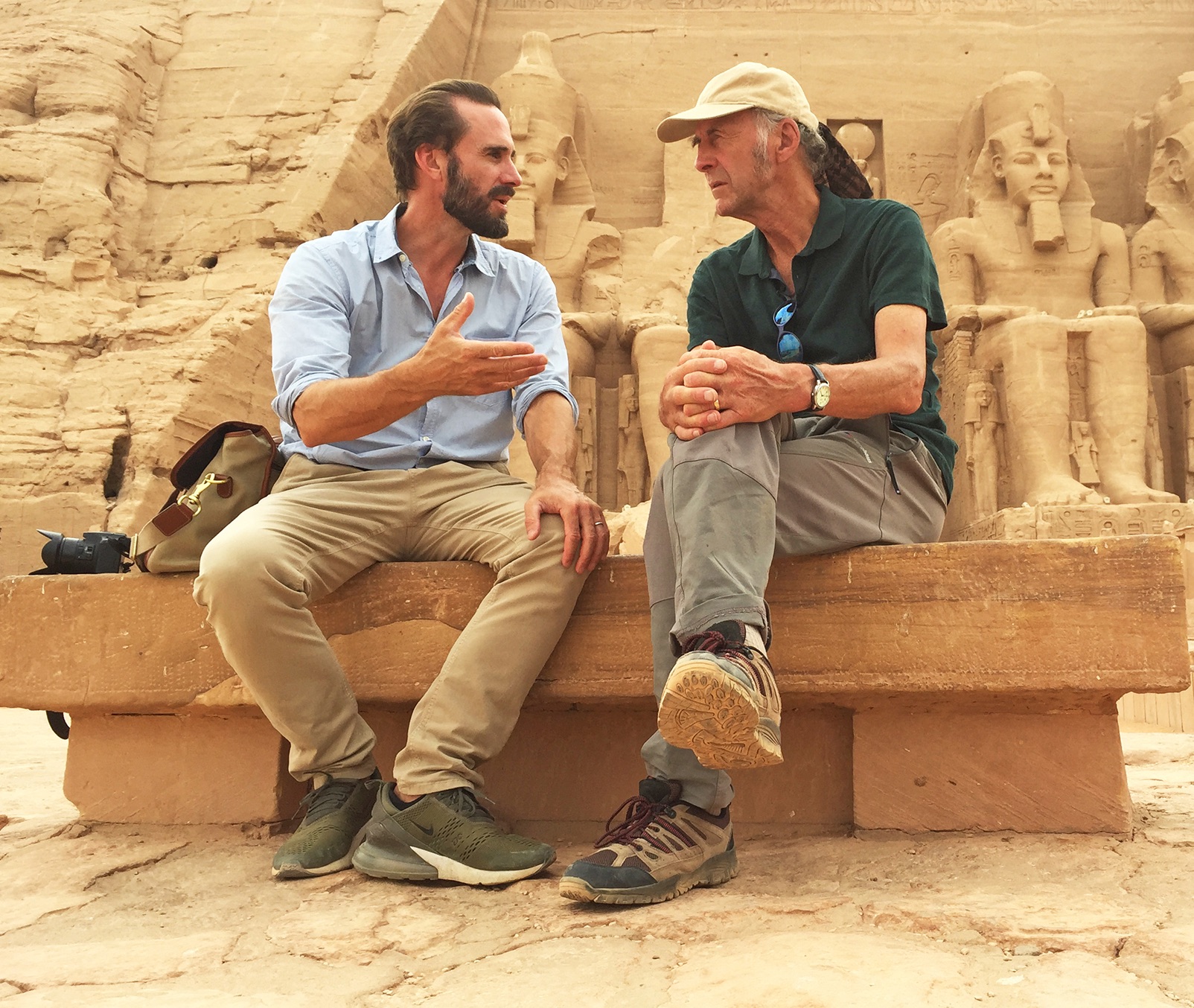 FIENNES RETURN TO THE NILE

Get set to experience breathtaking action and adventure as National Geographic invites you to join them on an epic overland journey in the brand new three-part series FIENNES RETURN TO THE NILE. The documentary follows the ‘World’s Greatest Living Explorer’, Sir Ranulph Fiennes returning to the scene of one of his earliest feats – his 1969 expedition along the River Nile along with cousin, actor Joseph Fiennes (“The Handmaid’s Tale,” “Shakespeare in Love“).Sir Ranulph Fiennes is known as the world’s greatest living explorer – a man who has walked unaided to the north pole, discovered a lost city in Oman, and led the only expedition to circumnavigate the globe by land via both poles. 50 years ago he cut his teeth travelling along the river Nile through Egypt and now he’s returning to the site of this historic journey with his cousin, award-winning star of stage and screen, Joseph Fiennes. The courageous pair will follow the original expedition route and their primary mode of transport, as it was then, is a Land Rover.Joseph Fiennes, who is best known for his roles on film, stage and television and recently received an Emmy and Sag nomination for his role in The Handmaid’s Tale, was excited to undertake this adventure with his cousin and explore the journey he travelled four decades ago.As Joseph and Ranulph travel south along the Nile it becomes a story of master and apprentice as Joseph is put through his paces by his older cousin. From facing deadly animals and traversing the dunes of the Sahara desert to spending a night alone inside the Great Pyramid or tracing snake infested tomb raider tunnels to find mummified bodies.Sir Ranulph Fiennes, commented: “I am delighted to have the opportunity to re-trace the steps of my original expedition in 1969, and this time with my cousin Joe and National Geographic. I know first-hand how fascinating and exhilarating Egypt is for an explorer and I can’t wait to show Joe the ropes and to see how much Egypt has changed in the last 50 years”.Joseph Fiennes, who also serves as a producer on the series, commented: “I am delighted to be embarking on this adventure with National Geographic and my cousin, Ran. It is every young person’s dream to go on an expedition with the world’s great living explorer. I am delighted to be going on this journey.” Together they’ll crawl through the claustrophobic confines of a newly discovered ancient Egyptian tomb in Minya, get to grips with Tachtib – a traditional fighting technique using four-foot sticks and come face to face with dangerous snakes and spiders that will test the mettle of even the most hardened adventurer. Strap in for an exhilarating road trip laid bare for all to see as actor and explorer travel the Nile through a timeless land testing their grit, courage and determination. The magical series also showcases stunningly beautiful and desolate landscapes and reveals the bond between the cousins as they face challenges at every turn. For Ran and Joseph, the journey will be a voyage of discovery as they embark to return to the Nile.FIENNES RETURN TO THE NILE will premiere on Wednesday 27th February 2019 on National Geographic at 9pm.Episodic InformationEpisode 1: Wednesday 27th February, 9pm, National GeographicJoseph’s first test in Egypt is to get out of the traffic in Alexandria, easier said than done when a tenth of all the cars in Egypt are crammed into the streets. Having left Alexandria Joseph and Sir Ranulph travel through the Sahara Desert, known as the Great Sand sea. Here Sir Ranulph can’t resist taking the opportunity to test Joseph’s dune driving skills.

Sir Ranulph and Joseph then take a detour to the World War II battlefield of El Alamein. Sir Ranulph’s father fought in the war here and Sir Ranulph takes Joseph to the place of the battle to give him a crash course in tank tactics.
In Cairo Sir Ranulph has another test for Joseph. He takes him to visit meat eating spiders, highly venomous scorpions and snakes that make you bleed to death from the eyes. Following this they visit the town of El Minya where Sir Ranulph has arranged to meet a local archaeologist who takes them to a network of underground tombs discovered last year.
Episode 2: Wednesday 6th March, 9pm, National GeographicThe second leg of their journey starts at possibly the most recognisable place on Earth…the Pyramids of Giza. But Sir Ranulph has a surprise in store for Joseph. As if setting up camp at the foot of the pyramids wasn’t enough, Sir Ranulph has negotiated some special access. He and Joseph will spend the entire night exploring areas of these eerie and mysterious tombs that aren’t normally open to the public.Sir Ranulph and Joseph later arrive in Luxor where they get immersed in some of the local culture. While he was in the special forces, Sir Ranulph was trained in close quarter combat. As it happens, Luxor is home to one of the oldest martial arts in the world…Tahtib. Using  4ft bamboo sticks, Joseph does his best to compete with the local chief and then takes on Sir Ranulph for the crown.Joseph decides that he wants to take a detour away from the Nile to visit the Red Sea, but Sir Ranulph doesn’t make it easy. Sir Ranulph has selected a route that takes them through the remote Wadi Gemel. A vast labyrinth of mountains and dry river beds, teeming with venomous snakes and scorpions. After camping overnight, Sir Ranulph challenges Joseph to a race to the coast, but Joseph is given the vintage defender vehicle as a real test of his off road ability.Episode 3: Wednesday 13th March, 9pm, National GeographicThe next leg of their journey begins with Joseph and Sir Ranulph visiting the southern frontier town of Aswan, steeped in history and famous for the dam that was built here in 1960s. But Sir Ranulph doesn’t allow any time for hanging around and sightseeing. He wants Joseph to get out on the Nile river, to see how he copes sailing a traditional Egyptian Felucca through what’s known as the “first cataract” – a dangerous gauntlet of rock-strewn river.Sir Ranulph then takes Joseph to Silsela, a historic site famed for human and animal sacrifice. With those thoughts in the back of the mind, Sir Ranulph’s test here for Joseph is to see how he copes camping alongside the Nile. The challenges here are not the scorpions or the snakes but the threats that are invisible: mosquito viruses, water-born Bilhartzia, typhoid and rabies.
Joseph’s final challenge is also his greatest. Sir Ranulph sets him the task of crossing the desert that skirts the crocodile infested lake Nasser. This is the journey that almost killed one of Sir Ranulph’s team mates 50 years ago.