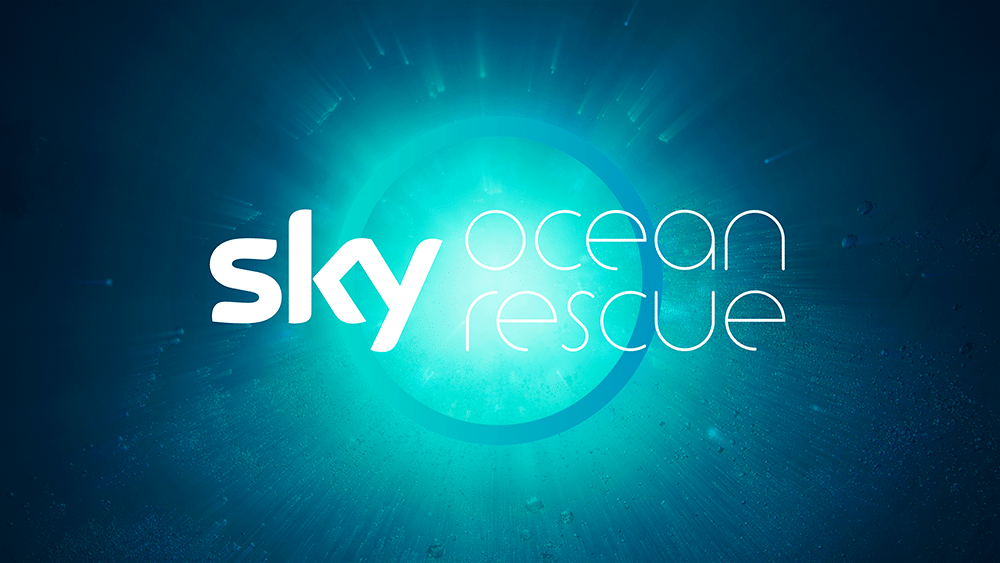 Sky, Europe’s leading entertainment company, today reveals details of its new environmental campaign, Sky Ocean Rescue, which will bring to the fore the dire health of the planet’s oceans to millions of people across Europe. The campaign, initially led by Sky News, aims to educate and inspire people to change their behaviour to help protect our oceans and dramatically reduce the amount of plastic waste produced every day that end up in them.

Sky Ocean Rescue will encompass a range of initiatives to highlight the issues affecting ocean health, starting with single-use plastics.

Sky News reaches 107 million people per week and by bringing the issues to life through its platforms hopes to inspire millions of people to take action, discuss solutions and join the organisation in making a difference. This will be achieved by helping people to see how they can help reverse the damage being done to our oceans in a way that is relevant to their everyday lives and asking them to make simple behavioural changes.

It will also ensure that action inside Sky business matches this ambition. The company is dramatically reducing single-use plastics across its sites, starting by removing all single-use plastic water bottles, plastic straws, cups and micro beads in cleaning products.

Jeremy Darroch, Chief Executive of Sky, commented: “At Sky we want to make a difference to issues that really matter, particularly for our customers. We have, I believe, a strong history in using our voice to make an impact when it comes to environmental issues. The health of our oceans is in a dire state and we ignore it at our peril, so we are asking all our customers around Europe to help us to bring ocean health to the fore. We will put the full weight of Sky behind the campaign and I firmly believe together we can make a meaningful difference.”

HRH The Prince of Wales, a long term environmental leader, has lent his support to the campaign and when speaking to Sky News on the release of the new Ladybird Expert Guide to Climate Change that he authored, said: “I find it sobering to think that almost all the plastic ever produced is still here somewhere on the planet in one form or another and will remain here for centuries to come, possibly thousands of years. Sky’s ocean plastics campaign will hopefully create further awareness of this incredibly serious issue.”

Single-use, disposable product accounts for 40% of all plastic. This includes drinks bottles, cotton buds, straws, coffee stirrers and plastic cutlery. This kind of plastic is used for just a few seconds and will then remain on our planet for centuries.

A Sky News poll shows that 84% of people are concerned about the amount of plastic pollution in our oceans yet the problem is at crisis point.

This is a global issue, but also one that is keenly affecting the health of the beaches in the UK.  On 24 January the Sky News team will report from different beaches around the world – from Mumbai to Weston-super-Mare – and look at plastic waste in the ocean and the devastating impact it has on the environment, marine life and how it is infiltrating the human food chain and entering our systems.

Sky Ocean Rescue is launched off the back of the company’s six-year partnership with WWF and the successful campaign, Sky Rainforest Rescue, that increased 7.3 million people’s understanding of deforestation in the UK, kept one billion trees standing in Acre, Brazil, raised over £9million and inspired more than 1.5 million people to take action against climate change.

This made it possible to support a range of conservation work in Acre, Brazil, designed to give local people ways of making a sustainable living from the rainforest without having to cut down trees. As a result of the successes of the project, the national and state governments in Brazil set further targets to stop illegal deforestation.