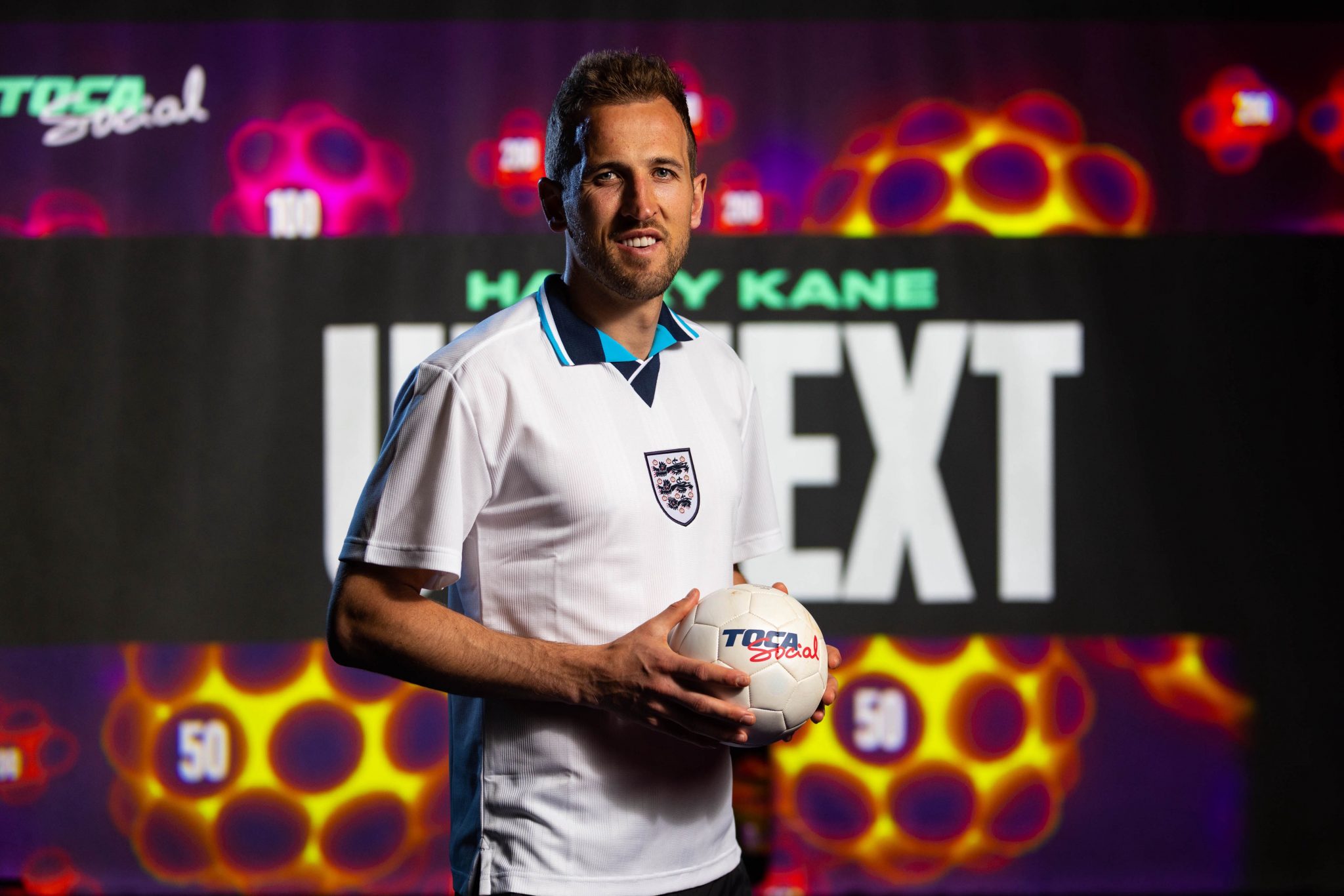 TOCA recently became the largest operator of indoor soccer centers in the USA after adding locations in Dallas, Cleveland, Nashville, Chicago and Denver. In addition, the company launched TOCA Social, the world’s first soccer entertainment and dining venue, in London’s iconic The O2 to huge success and announced plans to expand to additional UK locations (Edinburgh, Birmingham) and the USA (Dallas) in 2023 with more locations to be announced.

TOCA and Kane share a vision to increase participation in soccer, with Kane endorsing TOCA’s proprietary technology and programs which enable all players to reach their full potential.

Harry Kane said: “I invested in TOCA because I wholeheartedly believe in the company. TOCA offers unmatched technologies which help players improve and immersive entertainment experiences which are fun for everyone. I am delighted to support TOCA’s global expansion and share its vision for the future of soccer, the sport I love.”

“Harry is a true soccer legend and an incredible global ambassador for soccer,” said Yoshi Maruyama, TOCA’s CEO. “His love and passion for the game matched with his forward-thinking vision about the sport and developing the players of the future, is a great representation of what TOCA is all about.”

TOCA was founded in 2016 by two-time U.S. World Cup and former MLS and English Premier League midfielder Eddie Lewis. TOCA is led by a world-class management team and its Board of Directors is comprised of transformative leaders from the sports industry including Erik Anderson, former Executive Chairman and CEO of Topgolf, Abby Wambach, US Women’s National Champion, Celeste Burgoyne, lululemon President Americas, and Julie Haddon, former NFL head of consumer marketing.

“TOCA is revolutionizing the way players and fans around the world experience soccer, the world’s most popular sport,” said Erik Anderson, TOCA Co-Chairman, and Founder and CEO of WestRiver Group. “Harry’s contribution to TOCA will be significant to our mission to make TOCA an integral and indispensable part of soccer.”