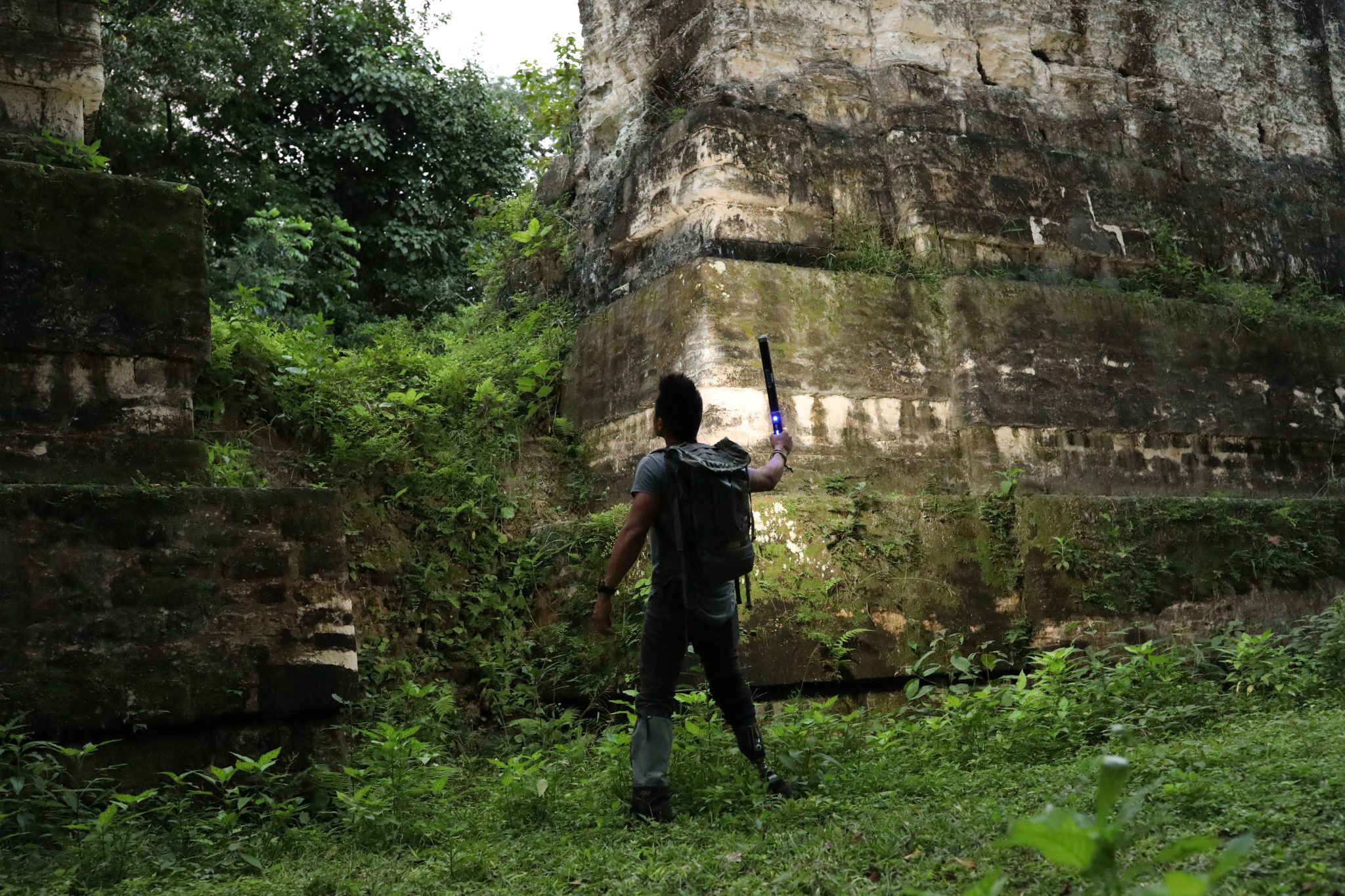 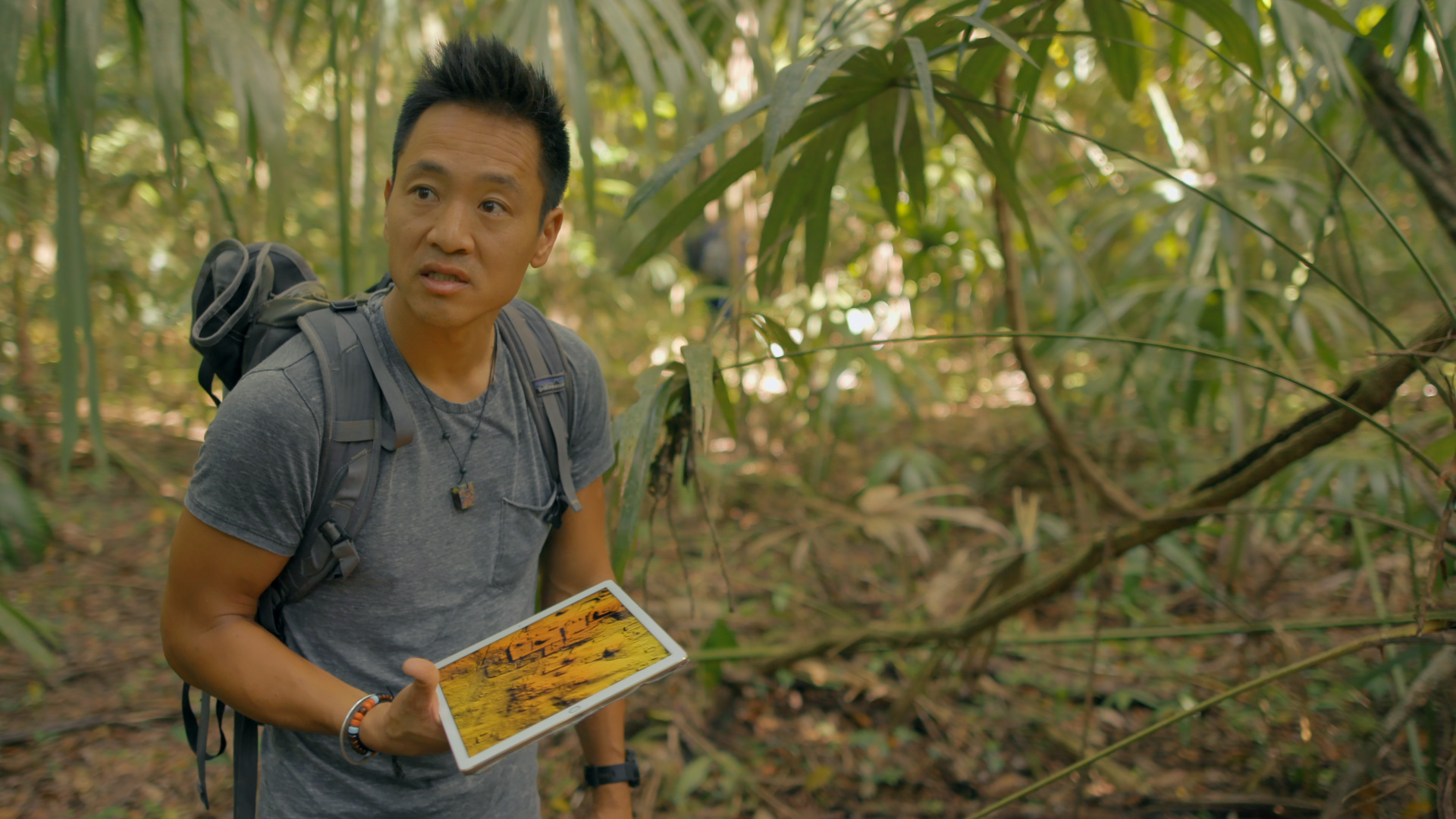 “The Lost Treasures of the Maya” launches on National Geographic

In February 2018 National Geographic broke the story of a massive new laser survey that laid bare the world of the ancient Maya by seeing through the dense trees of the Guatemalan jungle like an X-Ray.  This brand new “treasure map” revealed more than 60,000 structures, most for the very first time, including hitherto unknown ancient pyramids and entire lost cities.

In summer 2018, teams of archaeologists from Guatemala, the US, and the wider international world completed their first ever season hunting secrets of the Maya with the new treasure map in hand and National Geographic has been on their shoulders every step of the way.

For more details, images of the finds and to interview scientists involved in the project: lauren@markcollinspr.com

Archaeologist Francisco Estrada Belli shows us a massive carved frieze, previously discovered inside a burial pyramid. Carved into the frieze are images of Kings, wearing the Sun God head dress. Listed are the names of 5 generations of Kings, thought to be the founding fathers of the city. Francisco is searching for the burials of these kings. He has found two in previous years.

Inside a pyramid, Francisco discovers a burial chamber. Finger bones, and a badly decayed skeleton including skull and jaw bones, suggest it was an elderly woman. He also excavates an obsidian blade (precious cutting metal to Maya) and a stingray spine (ceremonial, used for piercing and bloodletting). The precious items and significant location of the burial suggests this was a queen … which suggests a King may be nearby.

Near the Queen’s burial chamber, Francisco finds another burial. The bones are too badly decomposed to identify. But at the entrance to the chamber he finds a large, richly decorated, intact pot. The pot is a rare find – only one like this has ever been found in a royal tomb before, almost a century ago. Inscriptions on the pot that reveal it was to be used for ceremonial drinking chocolate. They also reveal it was a gift from a local King – his name allows the pot to be dated, and that date allows the buried King to be identified – from the list of Kings on the Holmul frieze.

Archaeologist Guillermo De Anda explores submerged caves near to the city of Chichen Itza in Mexico. The caves have only been discovered recently, so he is the first to explore them. He believes the caves may lead him to a sacred cenote which may exist beneath the great pyramid El Castillo at Chichen Itza. Such cenotes were sacred places to the Maya, and Guillermo believes the cenote beneath the Pyramid may be the whole reason this city was built at this location. Diving into the caves, Guillermo finds ancient ceramics, and human remains, including a skull with a large hole cut into the top so that it could be used as an incense burner. These are evidence that the Maya made sacrificial offerings into these cenotes, believing them to be entrances to the sacred underworld