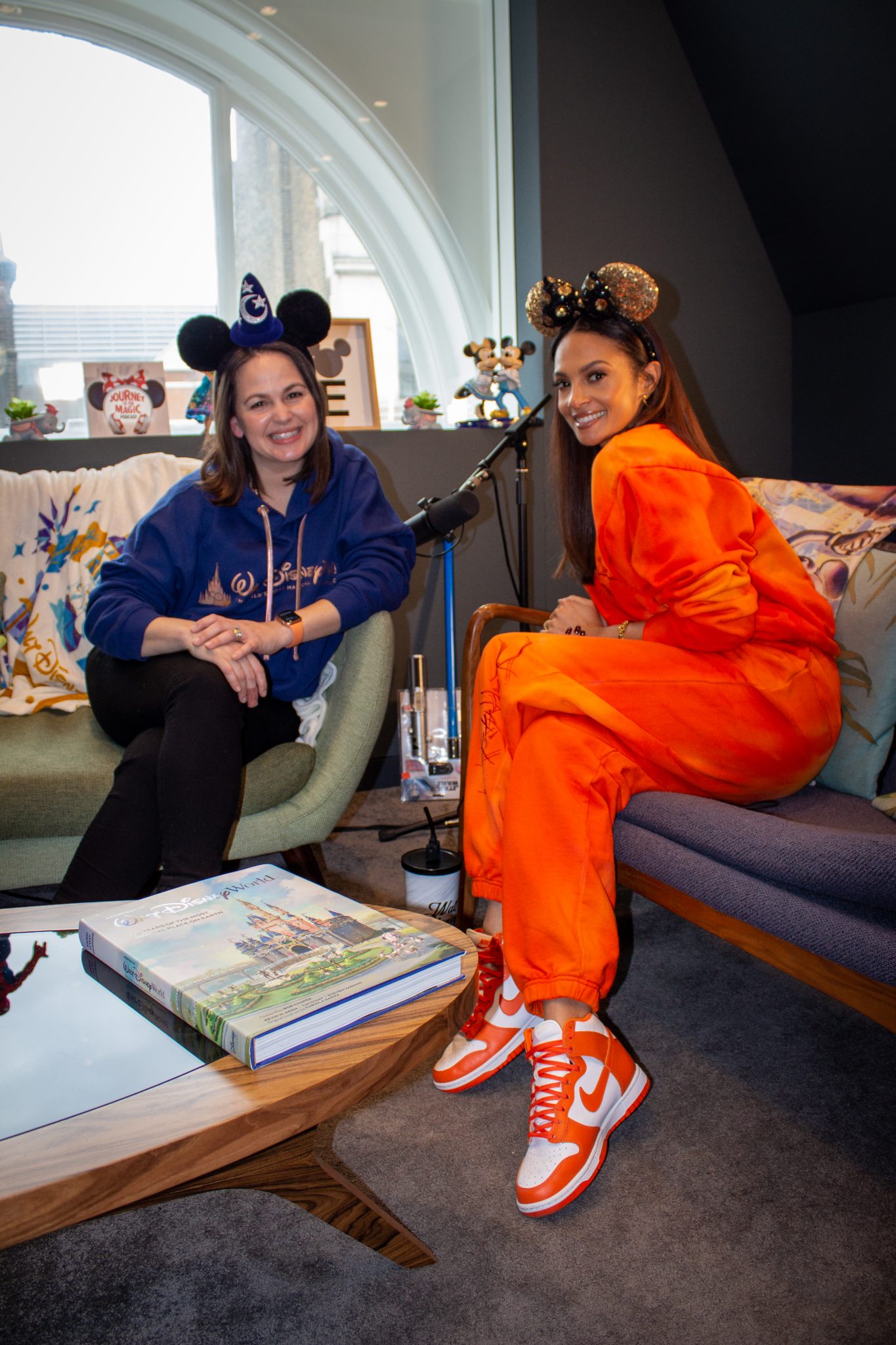 (Press Release, London, Thursday, 12 May 2022) – Grab your Mickey ears and get set for a slice of summer Disney travel magic as Walt Disney Travel Company announces the return of its star-studded podcast, Journey to the Magic, hosted by Giovanna Fletcher, which returns with a brilliant, fun-packed second series on Wednesday, 18 May 2022.

Each week in the exciting new six-part series, Giovanna will be inviting a celebrity friend and fellow Disney Parks fan to be her guest and talk all things Disney holidays. Together Giovanna and her guests will be sharing magical memories, hilarious stories and their own family traditions from their holidays to Walt Disney World, Disneyland Paris and Disney Cruise Line.

Listeners can expect lots of insider tips, Disney Parks hacks, holiday inspiration and tales of their own holidays from the celebrity guests – including plenty of hilarious anecdotes from our celebrity Disney aficionados that will leave you in stitches!

Giovanna kicks off series two chatting magic with television presenter, podcaster, Disney thrill-seeker, and planning and packing expert Vogue Williams. Vogue grew up totally obsessed with Beauty and the Beast. So much so, she ended up marrying a real-life Gaston (sorry, Spencer, Vogue’s words, not ours!). Their first ‘holidate’ was to Disneyland Paris.

And they can’t wait to go back this year for the 30th Anniversary, as many goes as possible on The Twilight Zone Tower of Terror, and the look on their kids’ faces when they first set eyes on Sleeping Beauty Castle.  Make sure you’re all ears, because Vogue has a genius tip for long flights with little ones.

In episode two, Giovanna will be joined by Strictly Come Dancing star Janette Manrara; Stephanie Beatriz, who is the voice of Encanto’s Mirabel will be chatting to the host in episode 3, and in episode 4 she is joined by Alesha Dixon. Ronan Keating and Gary Barlow will be chatting with Giovanna in episodes 5 and 6 to relive their families’ experience on holidays to Disney Parks and the special moments they shared with their favourite Disney characters.

Each guest will take the listener on a journey, detailing their perfect, fun-filled ‘Disney Day’ from their must-do attraction as soon as they step into a Disney Park, to afternoons exploring a galaxy far, far away and evenings enjoying a magnifique romantic meal at a restaurant run by a rat.

Resident Disney expert, Elkie, will also feature in each episode to reveal her top tips and valuable insider knowledge as well as exclusive updates on the Disney Parks including the latest news on the 30thAnniversary and the upcoming launch of Avengers Campus at Disneyland Paris; and Walt Disney World Resort in Florida’s latest attraction launch and the best time to book, and details of Disney Cruise Line’s newest ship Disney Wish.

Author and presenter, Giovanna Fletcher, said: “I’m absolutely delighted to be teaming up again with Walt Disney Travel Company for the second series of Journey to the Magic podcast. Expect more tears of joy and plenty of laughter as each of my celebrity guests takes us on a lively nostalgia-packed rollercoaster ride as they relive their magical trips and talk us through their Dream Disney Day.

“It’s safe to say as a huge Disney fan and having spent so much time at the Disney parks over the years, recording these new episodes filled with fun, laughers and lots of Disney parks inspiration brought back so many of my own wonderful memories, so I hope Disney fans have as much fun listening to this new series of “Journey to the Magic” as I did making it.”

Journey to the Magic, the official podcast of Walt Disney Travel Company, is available to listen from Weds 18 May from wherever you get your podcasts. Please visit disneyholidays.co.uk/podcast for more info.

Walt Disney Travel Company is Disney’s official holiday specialist, bringing you great deals on Disney hotels, Disney tickets and Disney holidays. They don’t just sell Disney – they are Disney! Because Walt Disney Travel Company is part of the Disney family, you get that special Disney welcome and first-class service from the moment that you speak to them. Their Disney Experts and website can help you plan your Disney holiday in detail, whether your heart is set on a trip to Walt Disney World Resort in Florida, a Disney Cruise or a Disneyland Paris break – plus there are great deals and offers too!